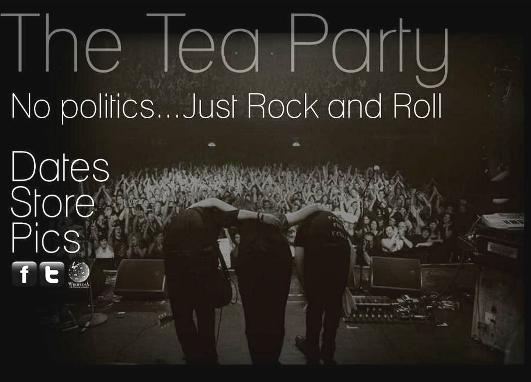 The American Tea Party, the extreme right movement in American politics, has caused endless problems for a Canadian band called The Tea Party that broke up six years ago that has the domain name teaparty.com.It causes endless confusion for the millions of people who search for “Tea Party” each month reports Bloomberg Business Week.”So much damage has been done to our name by the political movement that we’re considering selling,” Stuart Chatwood, The Tea Party’s bassist, told Bloomberg Business Week.Currently the band is mulling over whether to sell the domain name that Warren Adelman, president of GoDaddy says could raise well over $1 million.”The site has a lot to offer: It appears high in Google’s rankings even though it is rarely updated. It’s the obvious destination for direct-navigation traffic — typing a URL directly into a browser’s address field — believed to constitute as much as 15 percent of all Net traffic. The site has what those in the industry call great ‘mindshare.'”There could also be other potential buyers the report notes such as “the Republican Presidential candidates; conservative political action committees; a wealthy Tea Party backer (the Koch brothers, perhaps?); a mischievous Democratic group. ‘The timing of this sale couldn’t be more brilliant,’ says Stephen K. Bannon, the former Goldman Sachs investment banker who directed a trilogy of films about the Tea Party (including this summer’s Sarah Palin biopic) and is considering acquiring teaparty.com. ‘It could cause a lot of trouble if it fell into the wrong hands.’ And that’s just in the world of politics. ‘If you had guts and worked in the marketing department at Lipton Tea,’ Adelman suggests, ‘you could take advantage of the interest to drive a huge marketing campaign.'”The story then adds a “bottom line” that says “Interest in teaparty.com is intense now but could plummet if the domain’s owners hang on too long. Cautionary tale: birdflu.com.”To read the full Bloomberg Business Week report in full, see:
www.businessweek.com/magazine/teapartycom-could-make-a-rock-band-rich-09152011.html