Vietnam has threatened to shut down Facebook in the country if it does not bow to government pressure to censor more local political content on its platform, a senior official at the U.S. social media giant told Reuters.

END_OF_DOCUMENT_TOKEN_TO_BE_REPLACED

The growth in registrations in 2018 came on the back of a new registration procedure and management system for .vn that came into effect in September 2018. The simplified registration process means itâs much easier for to register domain names in Viet Namâs country code top level domain but still comply with Vietnamese regulations and laws.

The growth in IPv6 deployment of 25.85% means there are now more than 14 million IPv6 users including 6.5 million of FTTH subscribers and 3.1 million of mobile users. Viet Nam was ranked the second place in ASEAN, the 6th place in Asia Pacific and 13th place globally for the highest IPv6 adoption rate.

2018 also saw VNNIC, the .vn ccTLD registry, continuously improve the stable connection, security and safety for the national DNS .VN system and other critical information infrastructures operated by VNNIC. DNSSEC was extended to all national DNS servers and the national .vn DNS system is connected with DNS ROOT and international DNS systems.

By the end of 2018, the Viet Nam National Internet eXchange (VNIX) system had 20 members peering over exchange points in Ha Noi city, Da Nang city and Ho Chi Minh city with the total connection bandwidth reaching 269 Gbps. 13 of VNIX members deployed dual-stack network. Among them, CMCTI, VNPTNET and Viettel are 3 ISPs having the highest amount of traffic over VNIX which are 51GB, 50GB and 42GB respectively which increased by about 34% compared to their traffic over VNIX in 2017.

On 7 August, VNNIC maintained and extended the validity of the ISO/IEC 27001:2013 certification standard within the scope of operation and management of essential network systems in Viet Nam including the national DNS .VN system, the Internet eXchange system and Internet data centers (IDCs) in Ha Noi city, Da Nang city and Ho Chi Minh city.

In 2019, VNNIC plans include accomplish the Viet Nam National IPv6 Action Plan, continuously promote the use of internet resources in Viet Nam, and strengthen the security of critical information infrastructures including the national DNS .vn and VNIX system, improve the effectiveness of internet resources management policy and develop regulations for the auction of one and two-character .vn domain names and to innovate VNIX operating system following international standards. 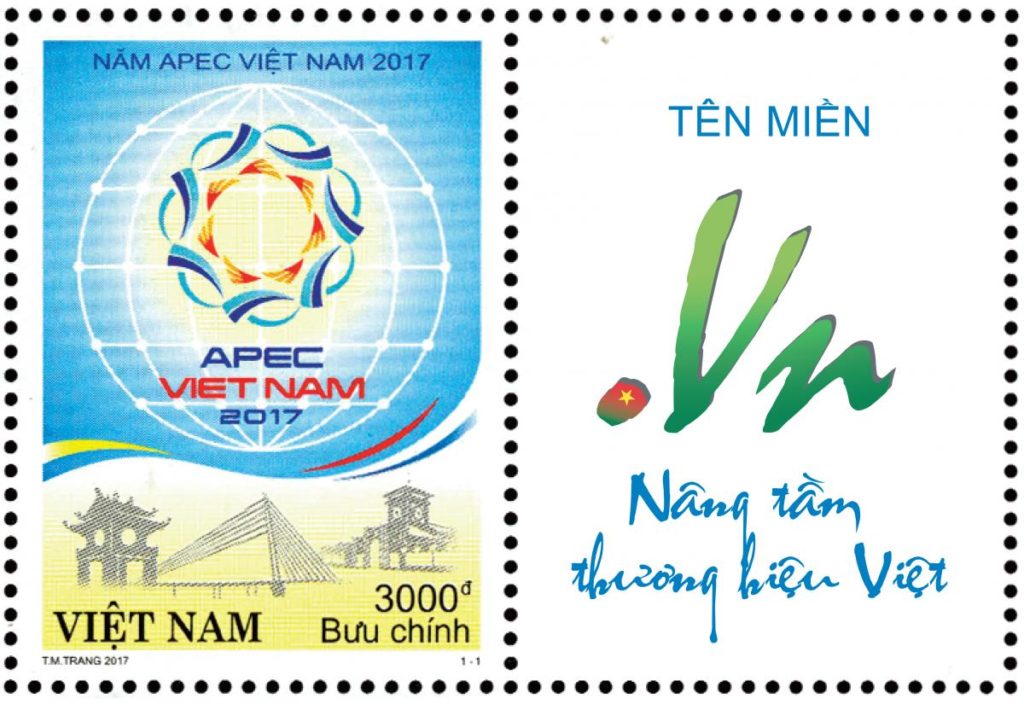 So if you want a discounted .xyz domain and want to use a regional registrar, check out the .xyz website here for a list of the promotions and registrars.

The fees for registering .vn domain names were lowered on 1 January 2017 Vietnamâs Ministry of Finance announced.

However on 1 January it all changed according to media reports such as in VietnamNet. From this date registrars wonât receive commissions, but can set up domain registration and maintenance fees higher than stipulated to cover expenses and make profits. However, the fees must not be higher than the ceiling levels.

The Ministry of Finance (MOF) has lowered the registry fee to make .vn more competitive with TLDs such as .com.

According to Do Quang Trung, head of VNNICâs HCMC Branch, the policy will create competition in prices among registration agencies and eliminate price gaps between national domain name .vn and international domain names reported VietnamNet.

The fees for .vn domain name stipulated in Circular 208 are close to, or even lower, than the fees for TLDs such as .com or .net.

The current fees for registering and using â.vnâ domain name for the first year offered by some biggest registration agents is VND830,000. The fee for maintaining the domain name in the next years is over VND400,000.

There are currently approximately one million .vn domain names registered with three-quarters (74%) registered to individuals and the remainder to organisations.

Registrations of .vn domains continue to grow with over 106,300 new .vn domains registered in the first 11 months of 2015 bringing the total number of registrations to 343,370, a year-on-year increase of 16.4 per cent, according to the Viet Nam Internet Network Information Centre (VNNIC).

Sherry Wines became the first company in the world to use a .wine domain apart from the registry, according to a report on The Drinks Business. Previously the company used the sherry.org domain. According to the report, âsherry.wine will publish interviews, events, recipes and news in English, Spanish, German and Dutch.â

ICANN has closed its Sydney office Domain Incite has revealed, with staff there made redundant over the Christmas period. The office was originally established when Paul Twomey was CEO and president.

There have been a number of applications for gTLDs withdrawn, and Doug Isenberg on his Isenberg On Domains blog notes the number has now grown to 13. The post notes the âlist includes the first âdot brandsâ to withdraw, including .caremore, .cialis and .hilton. In its application for .cialis, Eli Lilly had confessed that it âdoes not believe that there has been enough time or information available to fully analyze and evaluate all potential use case options.ââ

One of the two applications for .swiss was also withdrawn following âan âearly warningâ notice from ICANNâs Governmental Advisory Committee.â

The report continues that âbids for .gay, .sex, .wine, .bet, .poker and others relating to sexuality, alcohol and gambling are âin conflict with ethical standardsâ in Iran, according to the submissions.â

In Vietnam, a man that is well known in the country as the âdomain name baronâ, who has become wealthy buying and selling domain names, is being sued by Eurowindow, reports Vietnamnet Bridge. Nguyen Trong Khoa bought some .com domains including the âeurowindowâ string and then offered to sell Eurowindow a set of four domains for $50,000. According to the report, a source has said âEurowindow is considering denouncing Khoa to the Ministry of Public Security with the title of âblackmailing.ââ

On the Domain Name Strategy blog, a blog from FairWinds Partners, there is an article about a man that âsold his last name to Headsets.com for $45,500 for the year.â

âOn January 1, he will legally change his name to Jason Headsets.com, a move that he has documented in detail on his website (where he also explains that he will donate a portion of the proceeds to charity).â