The first Australian city specific gTLD was launched today (12 November) for the city of Melbourne.As of 10:00 Melbourne time all eligible Victorians and service providers to the State are able to register a domain name ending in .melbourne on a first-come, first-served basis.The gTLD is a partnership between the Victorian government and the City of Melbourne and with the assistance of ARI Registry Services, which will manage domain operations.”ARI Registry Services on behalf of the Victorian Government and the City of Melbourne is proud to launch this digital asset for use by all Victorians,” said Adrian Kinderis, CEO of ARI Registry Services.”This is a major coup for Melbourne that gives our great city its very own piece of internet real estate and tells the world that Victoria is a leader in the digital economy,” said Minister for Technology Gordon Rich-Phillips at the launch.”The name .melbourne takes our city to a new level of digital recognition on a global scale, which will see it become a quintessential part of our great city’s brand.””The new domain opens up a range of new opportunities for our local businesses to innovate by securing a unique online space fundamentally associated with Melbourne.” 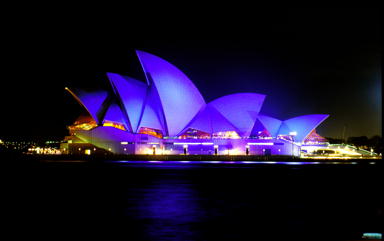 ARI Registry Services has been selected by the NSW and Victorian governments to assist with the application and operation of the .SYDNEY, .MELBOURNE and .VICTORIA top level domains.ARI Registry Services has engaged professional services firm Ernst & Young and digital brand management services provider Melbourne IT to assist its consultancy work in developing the application for three Top-Level Domains that adhere to ICANN’s strict requirements.It was a big week for Australia on the TLD front with ARI Registry Services also securing the rights to apply for the TLD for one of the country’s most popular sports, the Australian Football League – .AFL.Meanwhile, other providers of services for TLD applicants have been alerting us to their successes, even if they have not been trumpeting who their clients are.It was announced by Domain Incite that Minds + Machines parent Top Level Domain Holdings has registered for another 20 TLD application slots with ICANN, bringing its total to date to 40. And Melbourne IT announced in an investor presentation for its full year results that there are 120 global brands working with their Digital Brands Services as of 14 February and they expect to be handling 150 applications by the closing date for new applications on 12 April.Melbourne IT, like many others, believe there will be a total of 1000 to 1500 applications for new TLDs coming online in 2013.These announcements could spur potential applicants, in particular brands, into belatedly applying for their own TLDs, with ARI Registry Services’ CEO Adrian Kinderis saying on the announcement of the .SYDNEY, .MELBOURNE and .VICTORIA announcements that:
“It’s great to see Australian governments and corporate entities embracing the opportunities presented by new Top-Level Domains and securing their identity as a digital asset for their constituents and stakeholders. Operating a Top-Level Domain is a significant undertaking and the governments of New South Wales and Victoria recognised the need for expertise, security and reliability in operating a core piece of Internet infrastructure. That’s why ARI Registry Services was selected for this critical project.””The introduction of new Top-Level Domains marks a sweeping evolution of the Internet. The appointment of ARI Registry Services by the governments’ of New South Wales and Victoria to provide strategic planning consultancy, application development support and technical registry operations will ensure the success of this ground breaking initiative. With world leading domain name industry experience and expertise, and the backing of our project partner, Melbourne IT and advisor Ernst & Young, we look forward to developing an asset that supports the needs of stakeholders and Internet users globally,” Mr Kinderis said.