Verisign have announced a few enhancements to their domain name suggestion tool NameStudio API that improves suggestions for users in some non-English languages, for personal names and based on location.

The latest NameStudio API enhancements include:

These are just some of many great updates to the NameStudio API Service.

In a short statement Friday on the TransitionSupport.in website, it was announced the transition of .in to its new Neustar-backed Registry platform was complete, with the transition completed at 00:01 (UTC) 1 March 2019.

As a result of the transition, .in and the 7 existing Internationalised Domain Names (IDNs) are now being served by over 30 global DNS locations, provided by six anycast global networks, split across multiple redundant and high-capacity network providers. All DNS traffic is protected by Neustar SiteProtect DDoS protection, providing over 10Tbps scrubbing capacity globally.

In the near future, all 22 official languages of India will be supported, once the Centre for Development and Advanced Computing (C-DAC) and NIXI complete the remaining 7 language tables (Kannada, Oriya, Assamese, Sanskrit, Santali, Kashmiri, Sindhi, Malayalam), which will be launched in the .Bharat IDN TLDs selected by NIXI.

Some of the TLDs with the highest levels of domain names used for phishing are in ârepurposedâ ccTLDs â those where management rights have been granted to third parties who have then commercialised the TLDs, according to the latest Phishing Activity Trends Report for the third quarter of 2018 from the Anti Phishing Working Group. Among those with the highest levels are .tk, .ml, .ga, .cf and .gq who are all operated by a Dutch company that offers domain names in those TLD for free, while .pw is operated by a company based in India. But there are also ccTLDs with a higher than expected number of phishing domain names outside this description such as .br, .ru, .in and .au.

âSometimes it is easy to discount the total volume of abuse in a TLD if the TLD hasa large number of domains in it,â said Jonathan Matkowsky of RiskIQ. âWe assigned a weighted score against the total number of domains in each zone, looking at TLDs where there were at least five unique domain names used for phishing, as a way of understanding the size of the zone and the phishing prevalence in it. After discounting the number of unique hosts by the relative size of those zones, .TOP and .XYZ were still the new gTLDs that scored highest.â

There has also been a growth in websites using web addresses with https, which is supposedly more secure. APWG notes that at the end of 2016, less than 5% of phishing sites were found on HTTPS infrastructure. In the third quarter of 2018, PhishLabs saw the number of phishing web sites using SSL/TLS encryption increase to 49.4%, up from 35.2% in the second quarter.

âThis is likely a result of attackers obtaining certificates for use on their own infrastructure , and in general, as more legitimate Web sites obtain SSL certificates, some of those will naturally become compromised by phishers,â John LaCour , the Chief Technology Officer of PhishLabs noted. âAs of July 2018, the Google Chrome browser began to warn users that plain HTTP sit es are ânot secure â, and that will drive more web site owners to use HTTPS . So over time we expect that most phishing sites will use SSL certificates . Certificate authorities that offer free certificates will be increasingly abused by phishers in the future.â

The new fee covers the administrative costs associated with the transfer. For registrants with more than one user ID, they will still be able to bring all their .dk domain names under the user ID by using the “Merge User ID” feature using DK Hostmaster’s âself-serviceâ, but only if the domain names have the same registrant information. Almost 33,000 .uk domain names were suspended in the 12 months to the end of October 2018 following notification from the police or other law enforcement agencies that the domain name was being used for criminal activity. END_OF_DOCUMENT_TOKEN_TO_BE_REPLACED The number of domain names registered around the world closed in on the 340 million mark at the end of the second quarter, 2018, according to Verisign’s latest Domain Name Industry Brief, as .net registrations continued to slide and new gTLDs rebounded. END_OF_DOCUMENT_TOKEN_TO_BE_REPLACED

There are currently around 335 million domain names registered around the world, but many domain names are deleted or expired and some are re-registered. So DomainTools has announced they’ve seen their 1 billionth unique domain name in the 17 years they’ve existed. But how many domain names that have come and gone, nobody knows. END_OF_DOCUMENT_TOKEN_TO_BE_REPLACED

Globally ccTLDs make up 44% of all domain names under management, a figure that has changed little in recent years, but within Europe the figure is 59% according to the CENTRstats Global TLD Report Q1/2018 published Friday. The difference would largely be explained by .com’s dominance in the United States.

Among the gTLDs, they grew by a combined 0.2% over the past year, while within Europe there was a 1% increase despite declines in .top, .org, .net. .biz. The largest gTLD, .com, grew at just over 4% globally and maintains 46% of the global TLD market.

At country level, the national ccTLD is most commonly the TLD of choice and is generally followed by .com while .eu is often within the top 5. Over the past year .eu has grown by the highest percentage in Austria, Portugal and Croatia.

ccTLDs in Europe, Asia and the Americas are all averaging similar annual percentage growth of 2 to 4%. However the African region has shown signs of increasing growth over the past 2 years. High growth ccTLDs in the African region were .zw (Zimbabwe), .tn (Tunisia) and .cm (Cameroon).

CENTR has also added the median retail price for new registrations of European ccTLDs to their research. They found the median price was €10 (excluding tax) with a range of €1 to €60. At registry level, the median wholesale price is €6 excluding tax. The report notes that research has shown that there is a reasonably strong positive correlation between wholesale and retail prices, suggesting registrars adjust their prices to support the underlying wholesale price.

Among generic top level domains (gTLDs), growth totalled 0.1% for the 12 months to the end of March. Among the legacy gTLDs, .com and .info were the ones to have maintained consistent positive growth. Of the gTLDs, .com accounted for around 71% of the global market, with the rest attributed to other legacy gTLDs (18%) and new gTLDs (11%). The CENTR report also found that median growth among geographic gTLDs was 1.9% year-on-year. This group has some of the lowest rates of domain parking among all new gTLDs 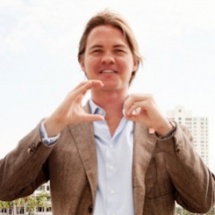 Neustarâs Nicolai Bezsonoff has been promoted to replace the outgoing Sean Kaine as the head of their Registry Solutions business as VP and General Manager. It is believed Kaine had already announced he will be leaving Neustar in coming months in an orderly transition. Bezsonoff will transition from his current role of VP and GM of Security Solutions to focus on supporting the worldâs largest core registry and digital naming service.

Domain names are a growing part of the Neustar portfolio, notwithstanding the loss of the .au registry from their portfolio. On the new gTLD side of things, they provide backend registry services for 223 new gTLDs, the second largest provider, with 6.598 million domains under management, the largest of any provider, according to nTLDstats.com.

Bezsonoff has an extensive background in technology and registry operations, having previously held the position of co-founder and Chief Operating Officer (COO) of the .CO domain administrator, which was acquired by Neustar in 2014. Under his tenure .CO had incredible growth and became one of the most successful domain extensions in history, with more than 2.2 million domain names registered by people in 200 countries. He has more than 20 years of experience running businesses and consulting on functions ranging from strategy, finance, product, technology and sales.

âNicolai has shown incredible leadership and insight shaping our growing cybersecurity business to meet the needs of our customers,â said Venkat Achanta, Chief Data Officer and SVP, Internet Addressing Solutions. âCombining his expertise of the business, and knowledge from his previous role at .CO, is a natural fit to broadening our capabilities and shows our dedication to innovation and strengthening the evolution of the domain name space.â

âIâm excited to continue this journey with Neustar and take on a more active role leading passionate teams dedicated to delivering digital naming services that are second to none,â added Nicolai Bezsonoff. âWorking for an industry pioneer that continues to be at the forefront of the domain name industry provides an undeniable platform to raise the bar even higher on creativity, increased engagement and deeper insight for innovative brands.â