END_OF_DOCUMENT_TOKEN_TO_BE_REPLACED

As of 9 September, the Landrush phase for .paris opened meaning anyone with a geographic, cultural or emotional link with Paris can apply for a .paris domain.

The Landrush was preceded by .paris Ambassadors programme that saw the 100 Ambassadors allocated their domains on 4 June . The Landrush period will run from 9 September to 11 November. Applications from trademark holders, companies and public bodies from the Greater Paris Area (RÃ©gion Ãle-de-France) will get priority.

Registration is also open to individuals but their applications will be handled after applications made by trademarks and right holders.

On 2 December, successful applicants will see their domains allocated and .paris will be available to the general public on a first-come, first-served basis: all those who love Paris will be able to get their own .paris domain name! 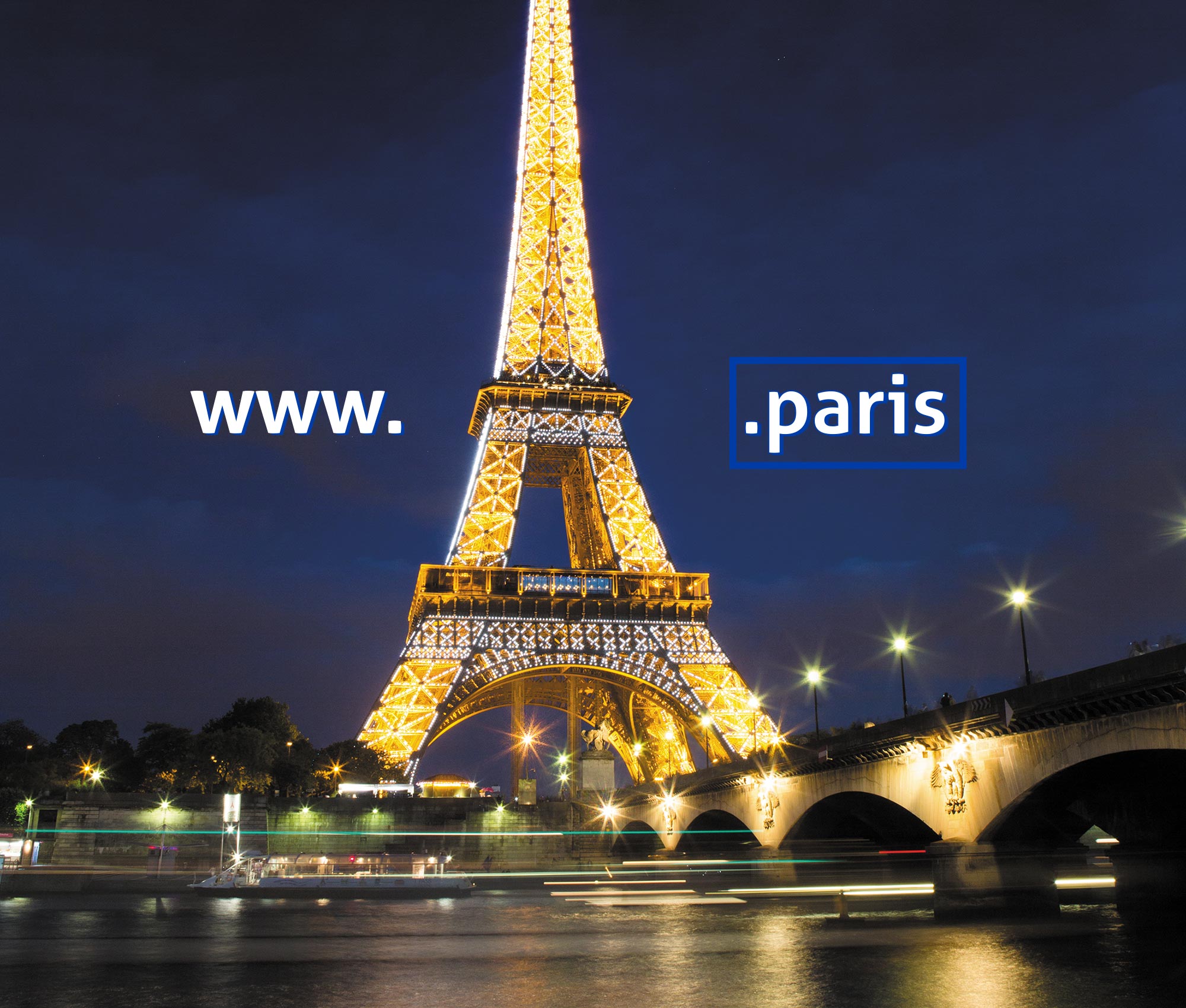 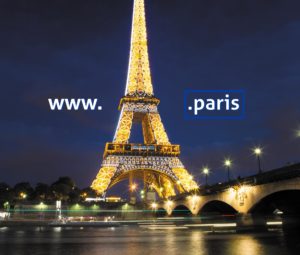 Purpose (Brief): The City of Paris’ application for an Approved Launch Program pursuant to Section 4.5.2 of the Trademark Clearinghouse Rights Protection Mechanism Requirements (the “TMCH Requirements”) is being posted for comment to give the community an opportunity to review and provide feedback.

This ICANN announcement was sourced from:
https://www.icann.org/news/announcement-2014-06-12-en

The applicant for the .paris TLD has asked for ideas from those wanting to be the first registrants of .paris domains.

The City of Paris has launched the two calls for proposals to select the first 100 domain names to use the .paris gTLD.

The first call for proposals will allow applicants to have a domain name corresponding to their business or brand, with conditions appropriate to their status (major corporations, institutions, SMEs, startups, association, blogger, etc.). As well as gaining an exclusive domain name and high visibility, these pioneers will become ambassadors for the .paris gTLD and participate with Paris City Hall in building up recognition for the new namespace.

The 2nd call for proposals will allow candidates to introduce new intuitive and innovative services using domain names with the .paris gTLD, such as visite.paris or transport.paris.

Applicants are invited to register on mondomaine.paris.fr to be among the first 100 to use the .paris gTLD for their website. The first .paris web sites will go live in 2014.

Applicants have until 16 December, 2013 to file their domain name application, which will then be assessed according to various criteria. The first domain names with the .paris gTLD are scheduled go live in the second half of 2014.

More information is available from:

[news release] The two applications, the first in the opening of New Top-Level Domains (New gTLDs), obtained ICANNâs approval on Friday May 10.

The .bzh and .paris TLDs are two of the 17 projects for New gTLDs that Afnic has backed as a technical registry operator.

In reaction to the news, Mathieu Weill, CEO of Afnic, stated:

“These two projects are emblematic because they are pioneers on the national and international level. They have played a leading role for several years, as a community project in the case of the .bzh New gTLD on the one hand, and as a project for one of the worldâs top capitals in the case of the .paris New gTLD on the other. We are extremely pleased that the quality of their work has been recognized in this way by ICANN’s approval and are proud to serve their respective communities.”

This AFNIC news release was sourced from:
www.afnic.fr/en/about-afnic/news/general-news/6924/show/afnic-welcomes-the-green-light-for-the-bzh-and-paris-new-gtlds.html

At its recent meeting in Paris, ICANN – the Internet Corporation for Assigned Numbers and Names, the organization that controls the assignment of domain names – made a number of announcements. The one that received the most press was the revelation that there would be new generic top level domains (gTLDs) available in 2009. A gTLD is the letters that come after the dot in a URL string – such as .com, .biz or .org. Any and all new gTLDs will be considered starting next year.
END_OF_DOCUMENT_TOKEN_TO_BE_REPLACED

At its recent meeting in Paris, ICANN â the Internet Corporation for Assigned Numbers and Names, the organization that controls the assignment of domain names â made a number of announcements. The one that received the most press was the revelation that there would be new generic top level domains (gTLDs) available in 2009. A gTLD is the letters that come after the dot in a URL string â such as .com, .biz or .org. Any and all new gTLDs will be considered starting next year.

This news overshadowed the other announcement that was made at the meeting. Specifically, that international domain names (IDNs) will soon be able to include non-Roman characters.

This was by far the more important announcement.

Currently, all domain names use exclusively Roman characters. This means that although countries may have their own Country Code (ccTLD), such as .cn (China), .in (India) or .ru (Russia), the domain names are rendered in Roman characters â not in the language that is native to that country.

PARIS, France: The Internet Corporation for Assigned Names and Numbers is another step closer to formalized relationships with all Latin American ccTLDs with the signing of its ninth accountability framework in the region, this one with the the country code top level domain (ccTLD) manager for .cr, delegated to the National Academy of Sciences of Costa Rica in 1990.

The signing took place at the 32nd International ICANN meeting being held in Paris, and was done by ICANN President and CEO Dr Paul Twomey and Dr. Guy de TÃ©ramond Peralta, Internet pioneer in Latin America and administrative contact for .cr. Dr. Gabriel Macaya Trejos, President of the National Academy of Sciences, Costa Rica, had already signed the agreement.

The second mechanism is an exchange of letters between ICANN and the ccTLD manager designed for those for whom a simple statement of commitment is more appropriate.

The Costa Rica accountability framework is the 41st signed by ICANN.

To read the article further : http://www.icann.org/en/announcements/announcement-2-25jun08-en.htm

When ICANN started gathering in the French capital last week for a global conference that starts Monday, the marquee event was a quirky catwalk for cities and regions competing for domain names like .berlin, .paris, .quebec and even .cat – forÂ Catalonia.

The mighty dot, New York City boosters said, could transform the metropolis into “the master of its future,” with a .nyc label helping to build “trust, justice and civic pride.” Berlin supporters insisted that a super-dot would establish the city’s globalÂ reputation.

Super or not, officials at the Internet Corporation for Assigned Names and Numbers – the main oversight agency for the underpinnings of the Internet – said they were poised to bring the most dramatic change to the Internet in four decades by opening up domain names to endlessÂ variations.

The GAC has more than a hundred members, all government representatives for countries from Argentina to

Yemen. GAC chair Janis Klarklins, from Latvia, is his country’s ambassador to France. As a further measure of the GAC’s importance within ICANN, it is worth noting that Klarklins’ predecessor as GAC chair was none other than current ICANN CEO Paul Twomey.

What are your expectations for the Paris meeting with at least three important topics: the JPA, IDNs and new extensions?
You’ve just mentioned the three main issues and I expect we’ll make progress on all three of them. For the GAC there are two questions of particular importance. There’s the IDN ccTLD fast track procedure, which we hope we’ll be able to endorse and send to the board for further consideration. There’s also the report from the president’s strategy committee on possible avenues of evolution for ICANN. As usual we’ll also be discussing the IPv4/IPv6 transition and what the governments’ role should be in promoting IPv6 and rolling out IPv6.

To read the article further : http://www.domainesinfo.fr/english/210/an-interview-with-gac-chairman-janis-klarklins.php