The second quarter of 2020 saw global domain name registrations continue to rise, with an increase of 3.3 million, or 0.9%. This took total registrations around the world to 370.1 million as the global COVID-19 pandemic continued to wreak havoc.

END_OF_DOCUMENT_TOKEN_TO_BE_REPLACED

Neustar (.us), Public Interest Registry (.org) and Verisign (.com/.net) are participating in a three month trial with the U.S. Department of Commerce, the Department of Health and Human Services (HHS) and Food and Drug Administration to curb illegal online sales of unapproved opioids.

END_OF_DOCUMENT_TOKEN_TO_BE_REPLACED

Verisign announced last week they are extending the registry fee waiver, the one-time wholesale restore fee charged to restore to active status of a domain name registration which has been deleted by a registrar, for all their top-level domains including .com and .net, until 1 August.

END_OF_DOCUMENT_TOKEN_TO_BE_REPLACED

Facebookâs announcement of their new Libra cryptocurrency in mid-June had a big impact on .com and .net domain name registrations with âlibraâ topping the top 10 trending keywords in English registered in June for both top-level domains.

âCurrencyâ also made it into the .com top 10 while gambling-related keywords had an impact on .net keywords with âcasinoâ, âbetâ and âpokerâ.

The top 10 trending keywords for .com and .net registered in June 2019 were:

The top 10 trending keywords for .com and .net registered in May 2019 were:

There were 6 keywords that related to drug addiction and rehabilitation on Verisignâs top 10 list of trending keywords for .com in April: rehab, drug, centers, alcohol, treatment and addiction. But not one of these keywords made it to the .net list.

This monthâs list of the top 10 trending .com and .net keywords registered in English during April are below:

The internet is increasingly playing a part in the lives of Belgians with growing numbers enjoying the freedom it gives them, go online for entertainment and feel the internet is an essential part of their daily lives. But only 1 in 20 Belgians have ever registered a domain name.

This is all part of research conducted by InSites Consulting on behalf of DNS Belgium, the .be ccTLD registry, at the end of 2018. The research found trust is important for Belgian internet users, and .be domain names score high on that front.

When asked what were the most important factors when it comes to trusting a domain name, Belgians responded:

When it came to trusting a website, an encrypted connection (https) was considered the most important, a .be domain name second and a company logo third.

When asked if theyâve ever registered at least one domain name, 5% of Belgians said they had while 95% said not. 60% understood the concept of domain names while one third (35%) said theyâd consider registering a domain name in the future, the remainder said they wouldnât.

When it comes to the reasons for registering a domain name, 43% of Belgians said for a website, 40% for website and email and 6% just email.

Awareness was highest with .be and .com, with both scoring awareness among over 90% of Belgians (94% and 92% respectively) while .vlaanderen and .brussels scored 27% and 19% respectively.

Belgians say they surf safely online with almost two thirds (64%) saying they ânever surf to untrustworthy sitesâ while half (50%) âare concerned with safe internet useâ and a quarter (25%) âare aware of the latest online security toolsâ.

While Verisign doesnât break down .com and .net registrations in their financial results, in their latest Domain Name Industry Brief for the third quarter 2018, where there were 151.7 million domains for .com and .net, 137.6 million for .com, 14.1 million for .net. Going by previous trends, itâs likely the majority if not all the increase in the fourth quarter was for .com and .net either was roughly the same or declined.

In the fourth quarter 2018, Verisign processed 9.5 million new domain name registrations for .com and .net, as compared to 9.0 million for the same quarter in 2017.

The final .com and .net renewal rate for the third quarter of 2018 was 74.8 percent compared with 74.4 percent for the same quarter in 2017. Renewal rates are not fully measurable until 45 days after the end of the quarter.

On their website Verisign publish their financial results going back to 2012. By way of comparison, in the final quarter of 2012 Verisign reported they added 1.25 million new domains and ended the fourth quarter with 121.1 million active domain names in .com and .net, representing a 6.4% increase year over year.

During the quarter, on 26 October, Verisign and the U.S. Department of Commerce (DOC) entered into Amendment 35 to the Cooperative Agreement, which, among other items, permits Verisign, without further approval of the DOC, to agree with ICANN to change the .com Registry Agreement to increase wholesale prices for .com domain names up to 7% in each of the last four years of each six-year period of the .com Registry Agreement.

Financial Highlights for the quarter as reported by Verisign were:

Verisign have published their top trending keywords used in English .com and .net domain name registrations for December, and unusually the same keyword topped both .com and .net â âhempâ. It came in ninth for .com was âcaviarâ, which combined would be an interesting combination.

Keeping in the spirit of the zeitgeist that .com and .net domain name registration trends can represent, Verisign publishes their monthly blog post series identifying the top 10 trending .com and .net keywords registered in English during the preceding month.

Here are the top 10 trending keywords registered in December 2018: 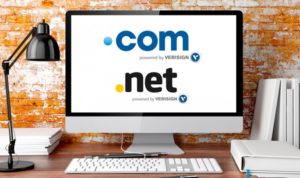 The number of .com and .net domain names registered around the world is a combined 151.7 million â 137.6 million for .com and 14.1 million for .net. And Verisign, the registry, published top trending keywords in English in each month for both top level domains.

Verisign notes that there can be a correlation between domain name registrations and newsworthy and popular events, as well as anticipated trends. While itâs not clear if thereâs anything to glean from Novemberâs, below is the top ten for each TLD to make up your own mind! 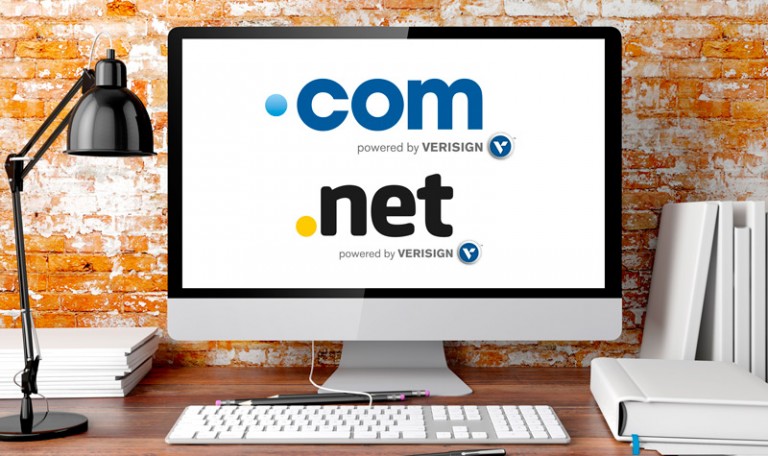 Verisign have released their latest list of top trending keywords in English for .com and .net registrations for the month of September. âFlorenceâ made it to both the .com and .net lists following Hurricane Florence that brought catastrophic flooding to the Carolinas in the eastern United States in September.

Here are the top 10 trending keywords registered in September 2018: