Irish businesses have responded to the COVID-19 pandemic by registering more domain names, with new registrations surging by a quarter (26%) in the first six months of 2020 and by over a half (56%) year-on-year, according to the latest .IE Domain Profile Report 2020, covering January to June.

END_OF_DOCUMENT_TOKEN_TO_BE_REPLACED

Nic.at’s sister company ipcom has signed up another partner to their RcodeZero DNS anycast network, taking the total number of top-level domains using the service to at least 22. Last week the Austrian ccTLD registry announced DNS Belgium had signed an agreement that will see their 1.6 million .be, .vlaanderen and .brussels domain names hosted on the Austrian company’s RcodeZero DNS anycast network.

END_OF_DOCUMENT_TOKEN_TO_BE_REPLACED

IE Domain Registry’s SME Digital Health Index, published this week, found 2 of the biggest barriers to SMEs doing more online are a lack of time (with 24% reporting as a barrier) and a lack of the technical skills (11%) perceived as necessary to build a website, integrate e-commerce, or make use of productivity or analytics software. A quarter (25%) say that they are ‘doing all they can’ online—even though only 3 in 10 SMEs can take sales orders through their website. END_OF_DOCUMENT_TOKEN_TO_BE_REPLACED

Ireland’s ccTLD hit the quarter million domain name registrations mark last week as .ie has been on a mini boom since a relaxation in eligibility rules in March. Today there are 254,400 .ie domain names registered, and 34,000 have been registered this year. END_OF_DOCUMENT_TOKEN_TO_BE_REPLACED

Registrations for Ireland’s ccTLD, .ie, surged 39% for the year to the end of June, taking total registrations to 252,222 in a record-breaking first 6 months of 2018. As of 3 August there were 253,782 registrations. The surge came on the back of a liberalising of eligibility rules that came into effect on 21 March. END_OF_DOCUMENT_TOKEN_TO_BE_REPLACED

The Irish ccTLD .ie has some of the more restrictive eligibility rules in Europe, and hence has one of the lowest numbers of domains under management per capita. A slight relaxation of the rules, which will see applicants not having to show a “claim to the name” from March 2018, may change this. Slightly.

Currently, along with a “claim to the name”, .ie domain name registrants need to show they have a “connection to the island of Ireland” and to prove their identity. The changes come about following a consultation where IEDR put the change out to consultation, with the feedback being supportive.

IEDR, which is the manager of Ireland’s country code top level domain, says there are number of reasons why the rules are changing. They say they want to:

What won’t be changing is that registrants will need to have legitimate connections with the island of Ireland, either the Republic of Ireland or Northern Ireland, and each application for registration will be manually verified.

The change in policy follows the 10-step IE Policy Development Process with the multi-stakeholder Policy Advisory Committee formally recommended the introduction of this change to the IEDR Board of Directors, which approved the change in November 2017.

More information on the change to eligibility for .ie domain names can be found at:
https://www.iedr.ie/liberalisation/ 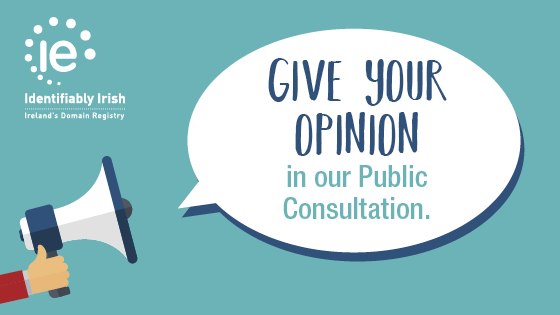 Irelandâs country code top level domain has some of the more restrictive eligibility policies with individuals or businesses having to prove they have a valid claim to the desired name and a real, tangible connection to the island of Ireland.

As a result, .ie has one of the lowest rates of domain name registration in Europe. Despite strong growth at home, Ireland ranks 18th out of 22 European countries for the number of country domain names per 1,000 people, with 49. Ireland ranks ahead of countries with larger populations, like France (46 country domains per 1,000 people) and Spain (40), but is significantly behind others of similar size, like Denmark (234) and Norway (141).

But itâs not that there isnât growth in .ie. According to the latest dot ie Domain Profile Report, which analyses the make-up and geographical spread of .ie domain registrations, there were 230,611 .ie domains in the database as of 30 June 2017. In the first half-year period of 2017, there were 20,255 new .ie registrations, up 11 percent on the same period last year.

The IEDR proposal is to retain the requirement for registrants to prove their connection to Ireland, but drop the need to prove a valid claim to the name. If the policy change is approved, any individual or business with a provable connection to Ireland will be able to register a .ie domain name on a first-come, first-served basis.

By removing this administrative requirement registering a .ie address will be easier and faster, and will further open up the .ie domain namespace to citizens, clubs, communities and businesses.

âBy dropping the âclaim to a nameâ requirement but retaining the connection to Ireland, we are removing a hurdle that slows down some registrants from getting started with a .ie address,â said David Curtin, Chief Executive of IEDR. âOur liberalisation proposal will make registering a .ie domain more straightforward for both individuals and businesses.

âOne of .ieâs greatest values is that it is âidentifiably Irishâ. A business with a .ie address is immediately authentic, trustworthy and familiar. For that reason, the requirement to prove a connection to the island of Ireland will not be going away.

âThe policy change has already been approved-in-principle by IEDRâs Policy Advisory Committee (PAC) and other key .ie domain stakeholders, and by the IEDR Board of Directors. Subject to final consensus following this public consultation, it is envisaged that the policy change will come into force in early 2018.

âWe are pleased to be opening up this liberalisation process to the public and look forward to receiving submissions by the end of September. The policy development process for the .ie namespace benefits from this transparent, multi-stakeholder approach to building consensus for policy changes.â

The consultation will run until 30 September.

It will be possible to register Irish geographic names as part of .ie domain names from 20 December the Irish registry, IE Domain Registrations, has announced.

So it will now be possible for businesses or community groups that can show a connection to Ireland to register domains that contain their geographic location.

Any town, village, city or townland can be applied for. In the past, these domains were only available to Local Authorities, or anyone who got special permission from them. While most geographic names will have been registered, options will exist for potential registrants to use the placename only as part of a longer name, for example, HowthRugbyClub.ie.

There are currently 222,200 .ie domain names registered, so there are plenty of options to choose from.

To show a connection to Ireland, registrants will need to show they are one of the following:

Then to register a .ie domain name, registrants will need to show a valid reason for registering the domain, known as the âclaim to the domain.â

In other Irish domain name news, the struggling .irish new generic Top Level Domain (gTLD) has been sold to Donuts. The gTLD hit General Availability in June 2015 and hit a peak of 2,458 registrations in September 2016 before losing around one in 8 registrations (almost 300) in less than a month and has sit at around the 2,160 registrations mark since.

Donuts have been on the prowl for new gTLDs for a few months now and the addition of .irish takes them to 198 new gTLDs they operate with 1.877 million domains under management.

The IE Domain Registry is proposing to allow the sale of .ie domain names and are seeking comment on their proposals.

The policy, known as the âsecondary marketâ, has arisen from an increased demand for .ie domains, and a need to protect the public from unauthorised .ie domain sellers.

Under the proposed policy, an owner of a .ie domain will be able to sell it on to a private buyer, via their original Registrar, providing the buyer meets the .ie domain ownership criteriaânamely, having a provable connection to Ireland.

The precise mechanism of the .ie domain sale process will be announced following completion of the consultation, which closes on 16 August.

â.ie is an âIdentifiably Irishâ domain associated with authenticity, trust and reliability,â said David Curtin, Chief Executive of IEDR. âBy creating a regulated secondary market, we are providing increased access to a respected and valued domain while protecting consumers from rogue traders.

Feedback on the proposed policy can be submitted here, or by emailing aftermarket-consult@iedr.ie.

DENIC is warning .de domain registrants of German-language emails coming from the forged email address of info@denic.de. The emails claim to acknowledging a domain transfer and have the subject “DENIC eG â Domain-Transfer BestÃ¤tigung”. DENIC is advising the emails have nothing to do with them and contain a ZIP file that contains malware.

EURid currently has open the .eu Web Awards. The awards are an online competition where .eu and .eÑ websites can be nominated for a chance to win a prestigious award to be presented at a stunning ceremony in Brussels.

The IE Domain Registry has published their annual report for 2015. The report includes a large amount of information for those interested in .ie stats, such as there were 35,225 new .ie registrations in 2015, an increase of 13.4 percent when compared to 2014 (31,072). Accounting for .ie non-renewals or deletions, there was a net increase in registrations of 12,929, an increase of 48 percent on 2014 net registrations.

Turnover increased five percent to â¬2.86 million. The company registered an operating loss of â¬517,082 in 2015. The loss is principally accounted for as a result of expenditure of â¬508,000 on activities under the companyâs Strategic Development Fund.

Commencing on 6 July, .ro domain registrants have the option of signing their domain names with DNSSEC the Romanian registry RO TLD has announced.

Have you ever wondered about what the .dk registry should do about severe violations and misuse of .dk domain names? If so, DIFO invites you to participate in the consultation that extends over the Danish summer.

On 6 June, DIFO held a successful hearing which started a debate about when a domain name can be suspended, how the registrant is validated and what personal information DIFO may pass on.

A large number of representatives from the Danish internet community, from government authorities and the Copenhagen Police to a wide range of IT suppliers participated.

Issues to be considered include should the process of suspending a domain name become faster than it is today? One proposal is to create a special suspension board with responsibility for the suspension of domain names. Can you thereby ensure efficient treatment of cases of evident crime on Danish domain names? What about the legal certainty?

DIFOâs validation of the identity of registrants behind a domain name is currently carried out by letter but perhaps the current validation model should be tightened up? A more restrictive solution with forced NemID validation for Danes and an activation code by post for foreign registrants gained great support at the oral hearing. However there were strong voices against increased control and concerns that domain registration will become too difficult for the customers.

Should DIFO disclose information about anonymous registrants to authorities and individuals quicker and easier than today? DIFO looks forward to see the right holders participate in the written hearing.