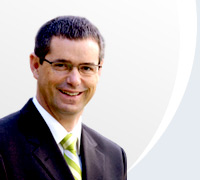 Dissertation Abstract: Internet Governance has largely been managed by the United States government since its burgeoning in the 1990’s. The government has since entrusted and charged internet technical tasks and functions to ICANN. The organization along with the United States government has been the subject of heavy criticism for its inadequate international representation. Many interpret US hegemony over the internet as culturally imperialistic.The following paper explores the some of the advantages and disadvantages to multilateral Internet governance. Firstly, it will evaluate ICANN’s ability to both democratize their internal decision-making and internationalize the web by better serving foreign Internet end-users. Next, the paper examines the attitudes of Americans towards the US relinquishing control to international organizations such as the United Nations. The conclusions address both effectiveness of ICANN as well as what may be hindering the US from surrendering control to foreign governments based on nonpolitical reasons.This paper was published by, and is available for download from, the Douglas and Judith Krupp Library Digital Commons initiative, an “institutional repository” to capture, preserve and organize the intellectual output of Bryant University. It is available from:
digitalcommons.bryant.edu/honors_communication/5/