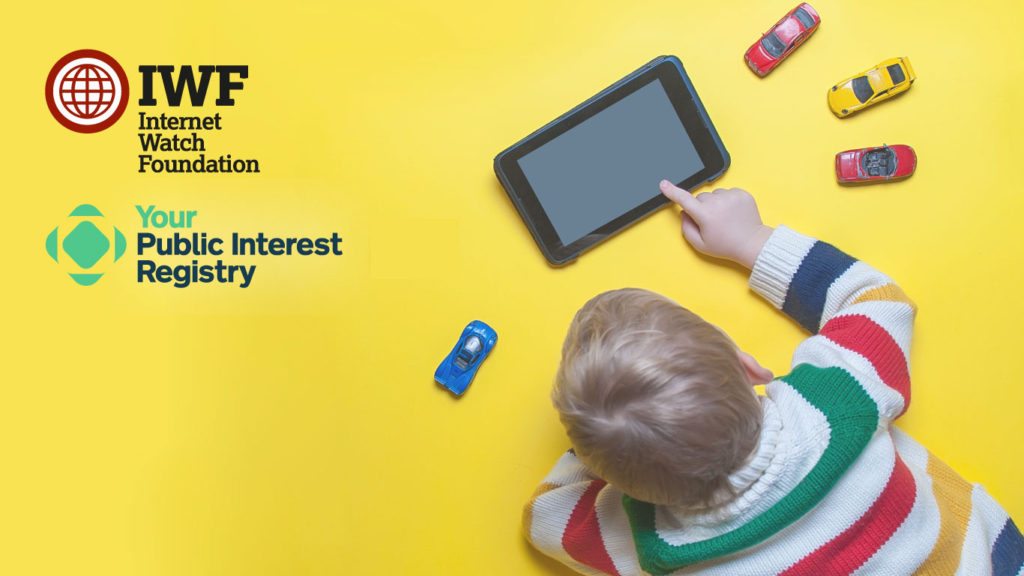 Public Interest Registry has joined the Internet Watch Foundation as a Member, in a move which reinforces its commitment to protecting billions of internet users and the child victims of disturbing sexual abuse images and videos.

PIR joins other registry operators such as Nominet, Afilias, Donuts (along with Rightside who they took over in 2017), ICM Registry (recently taken over by Minds + Machines), Dot London, webhost and registrar Names.co.uk as well as DNS Filter and Linx â the London Internet Exchange, who are all among the 130 members of the organisation that works internationally to make the internet safer by removing images of child sexual abuse.

Though a small organisation, Public Interest Registry, which is based in Reston, Virginia, operates popular domains that the world counts on to be platforms for the public interest. Its values have been echoed in this important move to join the IWF.

âWith 137 organisations joined up as Members of the IWF, we now have more Members than ever before. These companies include some of the giants of the internet world, through to smaller filtering companies. What unites them, is their commitment to do the right thing.

âWe canât thank Public Interest Registry enough for joining us as a Member. It means that so many more domain names are now protected from child sexual abuse content. In turn, this is protecting billions of users of websites on these domains, as well as the victims themselves.â

âIWFâs global mission to eliminate online child sexual abuse imagery is among the most important work being done on the internet,â said Elizabeth Behsudi, Vice President and General Counsel at Public Interest Registry.

âPublic Interest Registry is committed to making the .org domain space a safe and trusted environment for everyone. We are proud to work with the IWF and support the incredibly important services they provide.â