The Bulgarian ccTLD operator, Register.BG, has announced they will be releasing 2-character domain names in Latin script in 2018 via a secret auction. Participants are required to submit a bid for their desired domain names in a sealed envelope with the first round of bidding closing on 6 February.

Currently domain names under the Bulgarian country code top level domain must be a minimum of 3 characters and contain letters, numbers or the â-â symbol.

The rules and procedures for registration of the 2-character domain names are described in the following terms and conditions: 5.2.4, T. 5.2.5, T. 5.2.6. and 7.5, which are available here in Bulgarian only. But it appears the silent auction only applies to the domain names in the following formats: LN.bg, NL.bg and NN.bg (L = letter and N = number). There are no specific eligibility requirements for the domain names being released apart from the general rules applying to .bg domain names, and the standard renewal fees will apply. The reserve price for all domain names I sâ¬5,000.

Any unregistered 2-character domain names remaining shall be auctioned under the same conditions at 3 monthly intervals.

The recent referendum in the United Kingdom that saw the people vote to leave the European Union has seen âBrexitâ join the list of top ten keywords for .com, according to a blog post on the Verisign website.

The first domain name using the .Ð±Ð³ top level domain, in Cyrillic characters, has gone live, according to a Novinite report. The TLD was somewhat controversial because of its similarity to Brazil’s ccTLD .br. The first domain to go live was ÐÐ¼ÐµÐ½Ð°.Ð±Ð³ (“names”).

The Ministry of Transport, Information Technology and Communications will be setting up a list of state institutions and municipalities, like ÑÐ¾Ñ Ð¸Ñ.Ð±Ð³ (the name of the capital Sofia in Cyrillic) or Ð¿ÑÐµÐ·Ð¸Ð´ÐµÐ½Ñ.Ð±Ð³. (“president.bg”) to avoid any registrations that could potentially tarnish these institutions’ reputation the report notes. Following this process registrations for .Ð±Ð³ will commence with priority given to trademarks and company names and other applicants whose name request is “well-founded”.

ICANN is proposing to introduce process for gTLD registry operators to release what would often be valuable two-character domains. If adopted it would see âall gTLD Registry Operators who implement these measures would be authorised to release all reserved two-letter second-level domains.â

If the proposal goes ahead, before they can be publicly released registry operators would have to allow a 30 day period where any country codes âwill be made exclusively available to the applicable country-code manager or government.â

âThe new proposal, introduced in an attempt to settle a long-running debate about the most appropriate way to enable the release of two-character strings, appears to add a âbuy it or lose itâ component to existing policy,â according to Domain Incite.

âUnder the base New gTLD Registry Agreement, all two-character domains were initially reserved.

ICANN is pleased to announce the successful evaluation of the proposed IDN ccTLD string for Bulgaria.

Details of the successful evaluation are provided here: www.icann.org/en/resources/idn/fast-track/string-evaluation-completion

The Internationalized Domain Name (IDN) ccTLD Fast Track Process was approved by the ICANN Board at its annual meeting in Seoul, South Korea on 30 October 2009. First requests were received starting 16 November 2009. The process enables countries and territories to submit requests to ICANN for IDN ccTLDs, representing their respective country or territory names in scripts other than Latin. IDN ccTLD requesters must fulfill a number of requirements:

With this announcement, requests from a total of 39 countries/territories have successfully passed through the String Evaluation stage. Of these, 33 countries/territories (represented by 43 IDN ccTLDs) are delegated in the DNS root zone, with the remainder either readying to apply, or actively applying for delegation of the string. Up-to-date information about the IDN Fast Track Program will continue to be provided on the Fast Track Process web page atÂ https://www.icann.org/resources/pages/fast-track-2012-02-25-en.

ICANN will continue to accept new string evaluation requests for non-Latin country-code top-level domains for countries and territories that meet the Fast Track Process requirements. Please email idncctldrequest@icann.org for any inquiries for participation.

This ICANN announcement was sourced from:
https://www.icann.org/news/announcement-2016-03-01-en

In an interview with the Bulgarian Novinite.com upon his visit to the capital, Sofia, Rod Beckstrom has advised Bulgarians that are continuing to argue for the .бг Cyrillic internationalised domain name they should think about choosing another Cyrillic domain.The visit to Bulgaria was intended to promote the new generic Top Level Domain (gTLD) programme to the Bulgarian internet community, government leadership, civil society, and companies in a short and busy 24 hours.Responding to a question as to whether Bulgaria should continue to push for .бг, ICANN’s CEO and president said he “would advise the Bulgarians to go for something else.” He went on to say “the job of ICANN … is to implement the policies that are developed by the global communities. Those communities did not allow the initial application to go through because of potential visual confusion. So I think the Bulgarians can go back and they can choose what they want to apply for.”The Bulgarians can apply for a three-character name, they can apply for .българия in Cyrillic, it’s really up to the local community.”It’s great to see how much the local community cares; the Bulgarian government has been involved in our policy-making and what we call the Government Advisory Committee but we are hoping that even more people from Bulgaria – users and companies – will get involved in ICANN to help shape the policies in the future that they want to see.”Beckstrom outlined three options for Bulgaria in its desire for a Cyrillic IDN, these being “to wait for the policies to change and to participate in changing policies, and to apply again, … to come up with another string … whether it’s three characters, or .българия in full or something … to abandon the concept and move on to other ideas – some new gTLD, for example.”The full interview with Rod Beckstrom is available at www.novinite.com/view_news.php?id=134438. 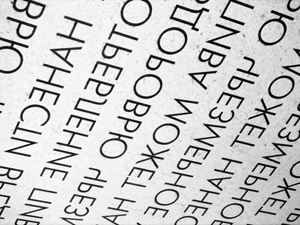 Bulgaria is considering applying again for the .Ð±Ð³ Cyrillic Top Level Domain Name, which has already been rejected by ICANN.

While fast track application procedures have been exhausted, the country”s newly appointed Deputy Minister of Transport, Information Technologies and Communications, Valeri Borisov says the country may try for a longer application procedure Novinite, the Sofia News Agency, reported. Presumably this would be through the new generic TLD process in early 2012.