[news release] The ninth Africa Domain Name System (DNS) Forum will be held virtually from 27 to 28 July 2021 with the theme of “Evolving the DNS Ecosystem in Africa.”

END_OF_DOCUMENT_TOKEN_TO_BE_REPLACED

The self-declared African country of Somaliland, internationally considered to be part of Somalia, has sent a request to Sierra Leone asking for it to consider sharing their ccTLD, .sl, according to a report in The Somaliland Chronicle.

END_OF_DOCUMENT_TOKEN_TO_BE_REPLACED

That’s becoming more and more common in some African countries, where governments have periodically shut down the internet or blocked social media platforms.

END_OF_DOCUMENT_TOKEN_TO_BE_REPLACED

ICANN Monday announced that Baher Esmat has been appointed Managing Director for the Middle East and Africa (MEA) office in Istanbul, Turkey. He is replacing Nick Tomasso who has served as Managing Director for MEA since 2017 in addition to his role as Vice President, Global Meeting Operations, in which he will continue to serve.

END_OF_DOCUMENT_TOKEN_TO_BE_REPLACED

In response to internet censorship by governments across the continent, Africans have turned to technologies of freedom to access blocked content online.

END_OF_DOCUMENT_TOKEN_TO_BE_REPLACED

The eighth Africa Domain Name System (DNS) Forum, which was to be held in Dakar Senegal under the auspices of Senegal Network Information Centre with the support of the government of Senegal, will now be held virtually. This decision was made as a result of the COVID-19 pandemic.

END_OF_DOCUMENT_TOKEN_TO_BE_REPLACED

Facebook is teaming up with telecoms companies to build a 37,000km (23,000-mile) undersea cable to supply faster internet to 16 countries in Africa.

END_OF_DOCUMENT_TOKEN_TO_BE_REPLACED

While growth is highest among new gTLDs, with many still launching, as well as African ccTLDs, both have the lowest average number of domain names registered per top level domain.

According to the report, ccTLDs made up 44% of the global domain market, most of which comes from the European market. And while ccTLD growth was highest in Africa in the 12 months to the end of October, it has been from a relatively small base. Growth among ccTLDs in Asia and the Americas have slowed down, particularly among Latin American and Caribbean ccTLDs where median growth was 1.4% YOY at October 2018.

For many European ccTLDs, the report notes 2018 has been focused around GDPR. This has no doubt left some with less marketing resources, but despite this, registrations have continued with relative stability. Although the long term growth average continues to decline, it is doing so at a much reduced rate. At the end of the third quarter however, the median growth hit a new low of 2.7% (1.5% for the top 10 largest ccTLDs). Driving this decline was a sharp slow down in rates of new adds between March and August 2018, particularly among some of the larger ccTLDs. This was aggravated by deletes which did not reduce at the same level. Despite this, the average renewal rate remained strong at a median of 84% (slightly lower at 81% among the top 10 largest ccTLDs).

Across Europe, the average local market share to ccTLDs is estimated at 58% for registrations and 37% for local web traffic. In both cases, the figures are higher when filtered to central and eastern European countries.

Among the new generic top level domains, registrations totalled some 22.5 million – up 11% from 1 year prior. While many new gTLDs are growing well, roughly one third of the top 300 have contracted over the year. Larger legacy gTLDs such as .net, .org and .info have also seen declines, while .com has been increasing its growth rates. The new .app exploded into the market in the middle of year and has around 320K domains so far.

Of the new gTLDs, 539 are for .brands according to the Dot Brand Observatory, 170 of which are active, for a total of 12,115 domain names, which makes for an average of just over 22 domain names per .brand gTLD. Which leaves 694 new gTLDs open to public registrations with an average of 276,495 registrations per gTLD. A note of caution, the numbers from different sources may not align in terms of dates, but they will be close.

The full CENTRstats Global TLD Report is available to download with interactive charts and tables from:
https://centr.org/statistics-centr/quarterly-reports.html
https://stats.centr.org/stats/global

Africa Registry, part of the CentralNic Group, is a leading provider of domain names for Africa since 2005, is delighted to announce a new programme from its gateway service RRPproxy to empower domain name vendors, registrars and resellers in Africa to sell domains using over 1,000 TLDs, and to benefit from a $50 free credit for all new accounts.

To receive an immediate $50 credit, anyone in Africa wishing to upgrade their business selling domain names is invited to register with Africa Registryâs RRPproxy now at:

Africa Registry stated: âAfrican companies selling domain names today or planning to in the future deserve the same range of products and services to sell enjoyed by their peers in Europe, the US and Asia. Africa Registry now provides this service through RRPproxy, the worldâs best technical solution for domains.â

Africa Registry is a CentralNic (CentralNICGroup.com) brand. CentralNic Group Plc is a London-based AIM-listed company which develops and manages software platforms allowing businesses globally to use the internet for their own websites and email, as well as protecting their brands online. Its core growth strategy is identifying and acquiring cash-generative businesses with annuity revenue streams and exposure to emerging markets and migrating them onto the CentralNic software and operating platforms.

CentralNic operates globally with customers in over 200 countries. It earns revenues from the worldwide sales of internet domain names and hosting on an annual subscription basis.

This is a CentralNIC news release. CentralNIC is the parent company of instra, which is responsible for DomainPulse.com. 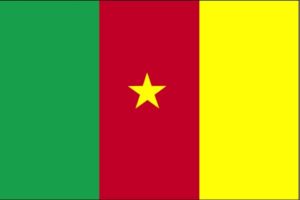