The Swiss Top Level Domain .CH is 25 years old: it was in May 1987 that .ch was registered as the Swiss ending. This was the point at which the Internet in Switzerland came to life â even before the World Wide Web had been invented.

It was the year in which Andy Warhol died, the rock group Nirvana was founded, Steffi Graf won her first “Grand Slam” and Platoon was awarded an Oscar for the best film. In 1987, the Swiss Internet address ending .ch was registered â and, as of that time, SWITCH was responsible for administering the country domain. 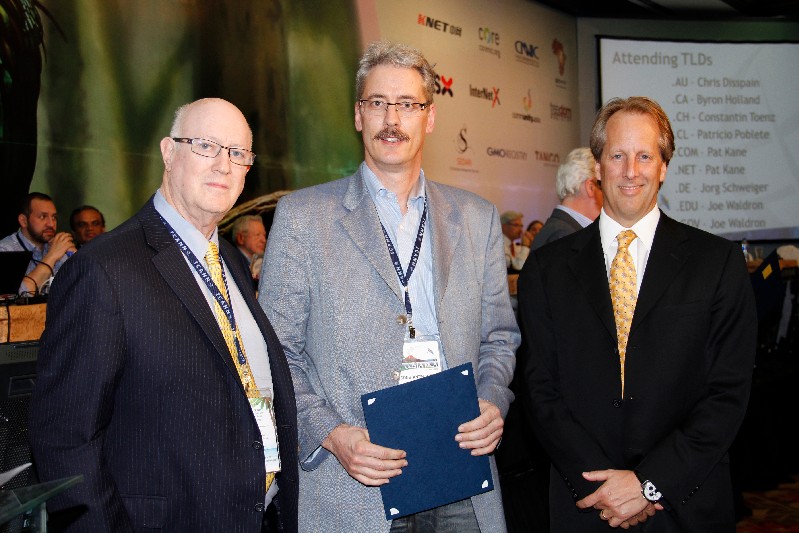 The Swiss country ending was applied for in a particularly straightforward manner: “to show that we were entitled to .CH, we sent an e-mail identifying ourselves as the experts who were responsible for computer networks in Switzerland”, explains ETH Professor Bernhard Plattner. Since the necessary ISO Standard had also been complied with, Jon Postel, the founder of IANA (Internet Assigned Numbers Authority), registered .ch in May 1987 in the name of Bernhard Plattner and his then PhD student, Hannes Lubich, of the ETH Zurich.

“Unfortunately the e-mails got lost at some stage with the transfer to different systems and computers”, says Plattner with regret. The ETH professor, who was also managing director ad interim of the newly established SWITCH Foundation at the time, transferred the country address ending to SWITCH â and thus laid the foundation stone for the present-day registration of .ch domain names.

The Internet as a research network

In 1987, the Internet was still purely a network between universities in the USA. “All the data traffic was conducted on the basis of e-mail. A domain name was needed for the address so that the computers could deliver the e-mail correctly in the Internet. That was the first practical use for .CH domain names”, explains Urs Eppenberger, head of the SWITCH registry.

Urs Eppenberger was SWITCH’s first employee as of June 1987, together with interim managing director Plattner. The predecessor of .CH was the e-mail-based “.chunet” network. This abbreviation stood for Swiss university network. The focus on research also emerges clearly from the first three Swiss internet addresses to be registered: these were ethz.ch, cern.ch and switch.ch. Tim Berners Lee did not lay the foundation stone for the current World Wide Web until 1989 at CERN. In 1990, the Internet was made available for commercial use, and people outside the universities and the US military were permitted to use it.

As a non-profit organisation, SWITCH guarantees Switzerland’s access to the Internet. One hundred employees work day-in day-out on further developing web technologies, facilitating the exchange of knowledge between universities and stepping up the security of the Internet in Switzerland. For the private sector, SWITCH develops specially-tailored security solutions and supports the exchange of information. In November 2012, the Internet service provider, with its head office in Zurich is celebrating its 25th anniversary.

This SWITCH news release was sourced from:
www.switch.ch/about/news/2012/25-jahre-punkt-ch.html