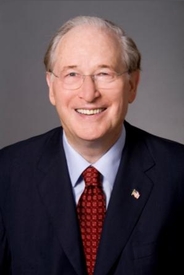 The only apparent purpose of the .sucks gTLD is to extract âdefensive registrationâ payments from internet users, and unfairly defame individuals, non-profit organisations and businesses said John D. (Jay) Rockefeller IV in a letter to ICANN.

In his letter Rockefeller, Chairman of the US Senate Committee on Commerce, Science and Transportation, wrote that approving the pending gTLD for .sucks will force businesses and non-profits to pay ongoing fees to third parties to avoid having their names associated with the new gTLD.

âAs a committed supporter of the multi-stakeholder model of global internet governance, I feel a responsibility to speak up when I see ICANN considering steps that could damage its reputation,â Rockefeller wrote. âA gTLD like âsucksâ has little or no socially redeeming value and it reinforces many peopleâs fears that the purpose of gTLD expansion is to enrich the domain name industry rather than benefit the broader community of Internet users. In my opinion, it is not in the public interest to approve this gTLD.â

Rockefeller is a supporter of the new gTLD programme having chaired a 2011 Senate Commerce Committee hearing titled, âICANNâs Expansion of Top Level Domainsâ, where he noted its potential to increase choice and competition but highlighted that âthe potential for fraud, consumer confusion, and cybersquatting is massive and argues for a phased-in implementation.â

There are three applicants for .sucks â Donuts, Momentous Corporation and Top Level Spectrum â who Rockefeller notes claim the gTLD will âfoster debate and benefit consumers.â But Rockefeller views the gTLD âas little more than a predatory shakedown scheme.â

The letter to ICANN has been published here.