The total volume of disclosed liquid domain name sales for the third quarter of 2018 jumped 70% from $5.4 million to $9.2 million, according to the Liquid Domains Market Overview for the third quarter of 2018 from GGRG.com. There was also a 50% increase in the volume of escrow.com sales, which jumped from $12 to $16.7 million. According to escrow.com, the most traded category were the 3 letter (L) .com domains, with $11.4 million in sales, followed by the 4Ls ($3.2m) and the 3 numbers (N) ($1.1m). According to ShortNames.com, the disclosed volumes for these categories showed a similar pattern with $5.2 million for 3Ls, $1.7 million for the 4Ls and almost $1 million in 5Ns.

Even in Q3, the most traded categories for the number of transactions were the 4Ls (1,713), the 5Ns (1,116) and the 3Cs (596), which registered a record turnover of 2.1%. The positive numbers in terms of volume are in stark contrast with the continued decline across the board in 5th percentile values, which recorded the worst quarter since the inception of our report. 5Ns and 3 character (Cs) lost 38%, 4Ls lost 28%. The only stable category were the 3Ls, which registered a modest loss of -2.8%.

The Liquid Domains Market Overview from GGRG covers the sale of specific types of short .com domain names that are actively traded on the major marketplaces including 2 to 4 L .com domain names, 2 to 5 N .coms and the NL/LN and 3C .com domains. 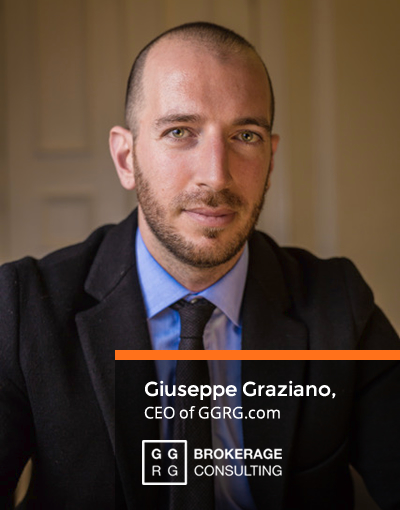 GGRG was founded by Giuseppe Graziano, who is also the CEO. They have a focus on the 614,928 short .com domain names defined as âliquidâ.

The report found the overall development index, an index for domain names that have been developed into a website, increased by 1.9%, with significant gains for 2 number and 4 letter .com categories. The most developed categories remain the 2Ls at 34.6%, followed by the 3Ls and 2Cs, both around 28%.

With the exception of the 2Ns, the numeric domain categories maintain a development index under 10%. China remains the king of liquid domains, with a 26.4% market share, followed by the US (21.9%), which gained 2% in Q3. Contrary to the previous trend, we noted a negative variation in domains owned by Chinese registrants for the second consecutive quarter. The rest of the world and Europe also lost market share at 11% and 3.2%, which could be attributed to GDPR coming into further effect. As a result, private registrations now constitute over 30.7% of all liquid domains, which is nearly a 50% increase since the second quarter of 2018. The 3Ns and 5Ns are the categories with the highest percentage of domains under privacy, with 62% and 58% respectively.

The copious inventory released to the market on Q3 had a positive impact on the sales volume but quite a negative impact on the floor prices, which, with the exception of 3Ls, registered significant double-digit losses. Looking ahead, the report notes the challenge for the last quarter of the year, which is typically a strong quarter for end-user activity, will be if the Western market manages to absorb the inventory being released for sale in China. Strong end user transaction might keep afloat the most developed categories, however, a potential increase in .com registration prices, to be decided in November, might have a negative long-term impact on the market (click here for a report on the increase in registry fees Verisign will be allowed to charge). GGRG is advising caution.

The latest LXDO report is available for download for free from:
https://ggrg.com/