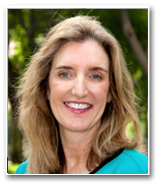 When asked about the co-sharing role at the DOMAINfest Global conference at the end of January, both of the co-CEOs said they were happy with the role with both having complementary skills. Six weeks later though that may not have been the case.

To facilitate the transition into her expanded role as sole CEO, Domeyer will be handing over her duties as Oversee.netâs Chief Technology Officer to an executive yet to be hired. She became CTO of Oversee.net in 2008 and continued to hold the position after recently stepping into the role of Co-CEO.

Debra has over twenty five years of experience in technology. Prior to joining Oversee, she was the Chief Technology Officer at Internet Brands (INET). She has served as Vice President and Chief Information Officer at Pacific Gas & Electric Energy Services and was Vice President of Information Systems for the Times Mirror Company. Debra was named one of the top 25 CTOs by InfoWorld Magazine and listed in the ComputerWorld Premier 100 IT leaders.

âDebraâs appointment as CEO reaffirms the companyâs commitment to technology and innovation,â said Lawrence Ng, Chairman of the Board and Co-Founder of Oversee.net. âTechnology has been a key competitive advantage in helping Oversee become a leader in traffic monetization and online consumer lead generation. And it will continue to be an essential part of Overseeâs plans to expand its traffic network and grow its lead generation businesses in the travel, consumer finance and online shopping verticals.â

In their statement on the announcement, Oversee.net said Scott Morrow has decided to leave the company to pursue other interests.