The Montenegrin ccTLD, .me, relaunched as a gTLD some years ago, has reached the one million registrations mark.

The .me was launched in May 2008 (Sunrise) after âMontenegro declared its independence from Serbia and Montenegro on 3 June 2006, after a majority of Montenegrins supported independence in a national referendum,â according to Wikipedia. 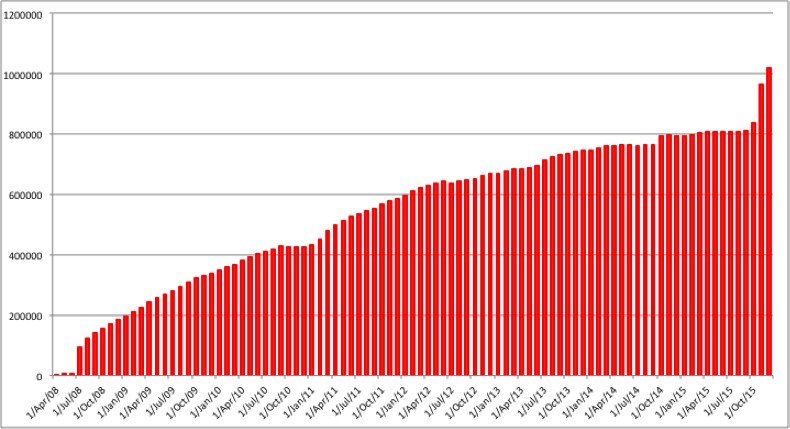 Registrations have grown steadily ever since until the last few months when numbers have spiked due to what the registry is calling âthe China Giant Awakeningâ. The registry notes in a blog posting celebrating their milestone that:
âSince September 2015 .ME domains have become very popular in China. According to some sources .ME is the fourth most popular domain in China. Itâs not only about numbers of domains registered but also about the usage. What makes us proud is that you can see food-delivery bikes with ele.meâs logo around Beijing. Chinese men buy flowers to their girlfriends through songhua.me website. Chinese people are starting to understand and accept the idea of personal branding online promoted by the .ME domain.â

To read more on how .me achieved its staggering growth for such a small country, see their blog posting at:
http://domain.me/1-million-me-domains-milestone-and-more/