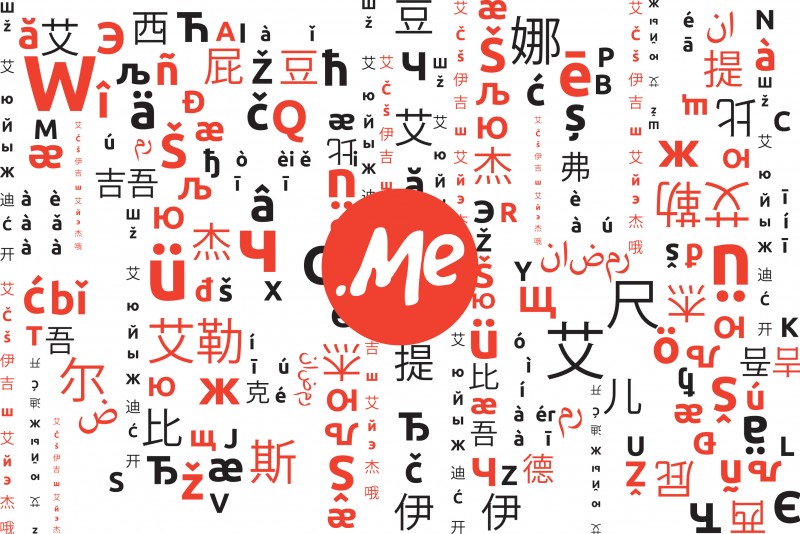 Itâs been 10 years since .me launched as a unique and memorable gTLD. The Montenegrin ccTLD has become one of the most successful ccTLDs that operates as a gTLD and is also recognised as a gTLD by Google. And now on their tenth anniversary .me is about to enable the registration of Internationalised Domain Names.

âPersonal appeal and worldwide availability from the day one is what made .ME domains so popularâ, said .ME Registry CEO Predrag Lesic. âWe feel that November 12th is a very important day for us because, with the launch of .ME IDNs, people around the world will be able to register .ME domain names using their own national alphabets. It does not get more personal (or global) than this!â

.ME came about following Montenegro becoming an independent nation in June 2006 and .me was allocated that September. Then in September 2007, ICANN delegated .me to the Government of Montenegro, becoming active on 24 September 2007 with registrations commencing in 2008. Registrations at the second level were made available to anyone anywhere in the world while third level such as .co.me and .net.me are only available to Montenegrins.

The appeal of Internationalised Domain Names (IDNs) is that internet users and business can register domain names in their own language â not just the Latin alphabet letters A-Z, digits and hyphens. Although 70% of the worldâs population uses Latin alphabet, less than half of them use only letters A-Z, which makes IDNs very useful for the words that cannot be properly described without characters used in the local representation of a language.

As .me note in their announcement:

The DNS was originally developed to recognise only ASCII characters (âLatin alphabet letters A-Zâ , â0â9â³ and â-â ), and was not planned to manage characters used in other languages like Arabic, Chinese, Cyrillic, and Latin alphabet-based characters with diacritics or ligatures, such as German, Spanish and French (letters like Ã¦, Ã¤, Ã¶, Ã¼, Ä, Ã¢, Ã®, È, Ã±, Å¡, Ä, Å¾, Ä).

However, with the implementation of IDNs in the system, these scripts can be used to register a .ME domain. Now, when the registrant tries to register an IDN, the domain registrar converts the local-language characters into a sequence of supported letters using an ASCII-compatible encoding (ACE) in the domain registration process. That means that the ACE prefix, âxn--â is used to represent an IDN. When an IDN is typed in a Web browser, and nowadays all browsers support IDNs, it encodes the characters into an ACE string that DNS understands. The DNS processes the request and returns the information to the browser as with any other domain.

.ME IDNs may be registered for 1 to 10-year terms on a First-Come-First-Served (FCFS) basis with .ME accredited registrars or their resellers.