At the end of 2015, 37.59 percent of their traffic was delivered over IPv6 for Verizon Wireless, T-Mobile USA, Sprint Wireless and AT&T Wireless to major IPv6-capable content providers. The most recent figure for August is close to 55 percent. 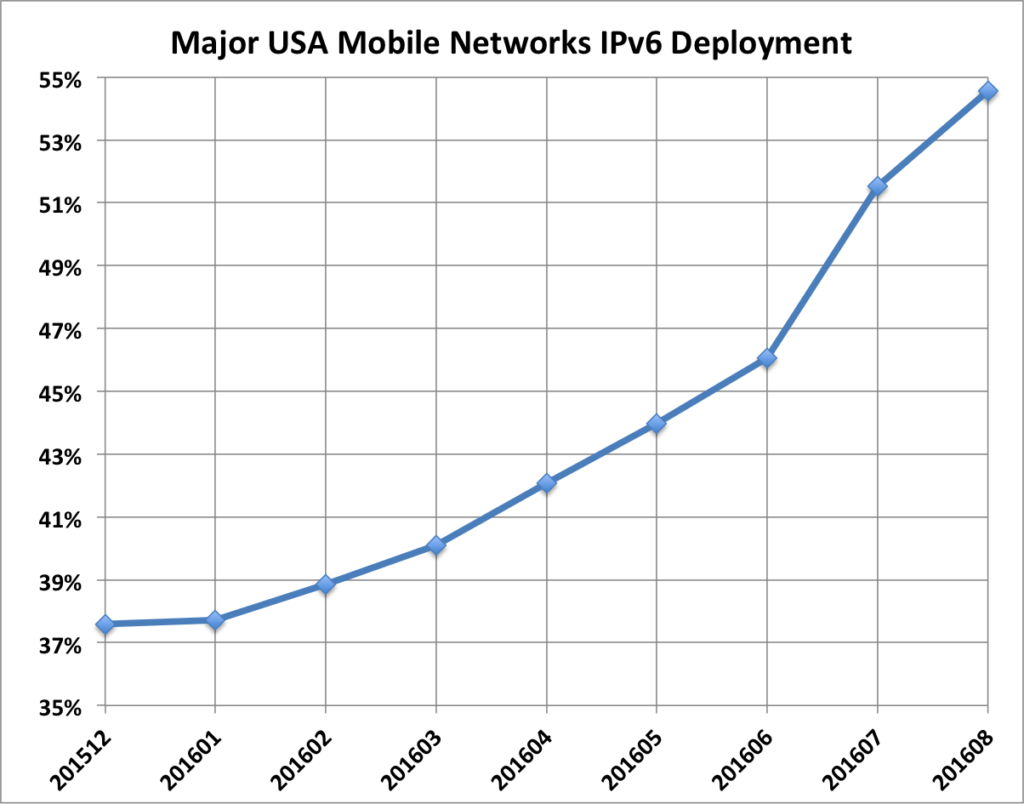 And growth is continuing apace around the world. In 2015, Mat Ford wrote in another post on the World IPv6 Launch blog, there were ânew deployments from major operators all over the globe like Elion in Estonia, TELUS in Canada, GVT and Vivo in Brazil, KPN, University of Twente and Ziggo in the Netherlands, BSkyB in the UK, SKTelecom in South Korea, Comteco in Bolivia, and Mediacom, Centurylink and Premier Communications in the USA.â