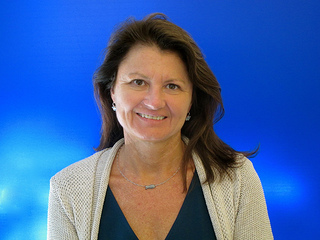 The US government does not have oversight of the IANA functions any more, but ICANN who oversees the IANA is still bound by Californian law. And Trump Commerce secretary nominee and billionaire investor Wilbur Ross said there’s “no realistic way” to walk back the transition of U.S. oversight.In an interview with ZDNet (click here for the full interview), Theresa Swinehart, ICANN’s senior vice president for multi-stakeholder strategy and strategic initiatives said ICANN remains bound by Californian laws. There also were no provisions to move ICANN under the purview of a global organisation such as the United Nations’ International Telecommunication Union (ITU).Swinehart stressed in the email interview that the necessary checks and balances were in place to mitigate the risks of “a government or third-party capture” of ICANN.”While it is true that within a country, a government may exert control over its portion of the internet, that control stops at the country’s borders. Attempts to exert control beyond borders requires the cooperation of others that are to be controlled.”ICANN’s role of defining policies–by which the top level of the internet’s names, addresses, and other technical values are created and managed–does not, in any way, imply control of the internet itself. ICANN’s community helps define the various rules by which those technical values are used, but the actual use of those values requires the voluntary cooperation of internet users. There is simply no way to force all online users to do something they choose not to do.”Furthermore, ICANN’s multi-stakeholder model is designed to ensure no single entity can capture ICANN or exclude other parties from decision-making processes. The model was founded on open processes where anyone can participate, and decisions are made by consensus with established appeals mechanisms, as well as transparent and public meetings. These elements have all been reinforced and strengthened because of the transition.”The multi-stakeholder model limits the influence of governments and intergovernmental organisations to an advisory role in policy development. More than 160 governments actively participate as a single committee and must come to a consensus before policy advice can be issued.”When asked what are ICANN’s goals over the next few years, Swinehart replied:
“ICANN will continue to work towards its five strategic goals for years 2016 through to 2020. These priorities are evolving and furthering ICANN’s globalisation; supporting a healthy, stable, and resilient unique identifiers system; advancing its organisational, technical, and operational excellence; promoting ICANN’s role and multi-stakeholder approach; and developing and implementing a global public interest framework bounded by ICANN’s mission.Meanwhile Wilbur Ross said (click here for the full article) while there’s “no realistic way” back to US transition, he did express surprise about how the he sees the US as having little impact on internet governance according to Inside Sources.”As such a big market and really as the inventors of the internet, I’m a little surprised that we seem to be essentially voiceless in the governance of that activity,” Ross said during his Senate confirmation hearing Wednesday. “That strikes me as an intellectually incorrect solution.”But while he expressed his belief that there’s little the US could do to change things, in response to former Republican presidential candidate and opponent of the IANA transition away from US government oversight Sen Ted Cruz.”I’m not aware of what it is we can actually do right now to deal with that,” Ross said, no doubt throwing some meat to Cruz to keep him calm. “If some realistic alternative comes up, I’ll be very interested to explore it.”