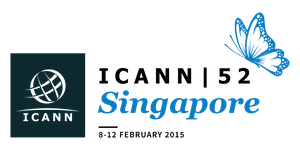 Background: Since the second Face-to-Face meeting of the TF-AIDN in Istanbul, Turkey last June, the group has been working on several fronts related to Arabic Script IDNs including scrutinizing the code point repertoire and defining variant code points for the proposal for Root Zone Label Generation Rules (LGR) and the Universal Acceptance of Arabic script IDNs.
The third face-to-face meeting in Singapore will conclude the work covering topics such as the Arabic Script Code Point Repertoire, Code Point Variants, Variant Disposition, Whole Label Evaluation Rules and the XML Representation of the Data, all in the context of finalizing the proposal for the Arabic script for the Root Zone LGR. The group will also discuss the next steps to be taken like addressing the Universal Acceptance of Arabic script IDNs.

Though the meeting is closed, observers are welcome to attend.

Ten members of the group will be in Singapore, and in addition to the meeting, they are expected to interact at various IDN related sessions with the community. 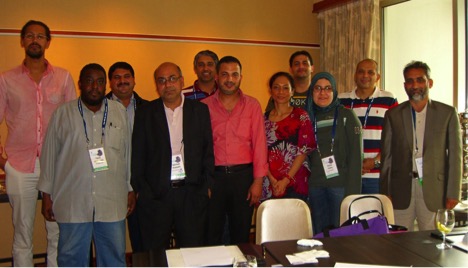 The Middle East Strategy Working Group (MESWG) is an ad-hoc group of Internet experts from the region the strategy covers; i.e. the 22 Arab States, Iran, Afghanistan, and Pakistan (collectively defined as “The Region”). The working group consists of 20 experts from 11 countries of the region. ICANN has coordinated the formation of the working group, and provides all the necessary support to drive its mandate forward. ICANN‘s strategic goals for its engagement in the region are to:

More on the MESWG can be found online at https://community.icann.org/display/MES/Middle+East+Working+Group.

About the Task Force on Arabic Script IDNs (TF-AIDN)

TF-AIDN is an initiative of MESWG which focuses on technical issues and solutions to promote Arabic Script IDNs; this includes their definition, secure deployment, and ease of use for the community. The current technical matters include the following:

Membership to join the TF-AIDN is always open. Those interested to join the task force on voluntary basis should email their CV and Statement of Interest (SOI) to tf-aidnadmin@meswg.org.

More on the TF-AIDN can be found online at https://community.icann.org/display/MES/TF-AIDN+Work+Space.

This ICANN announcement was sourced from:
https://www.icann.org/news/blog/tracking-the-future-of-the-new-gtld-program