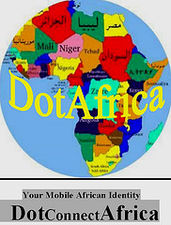 The Court in the DotConnectAfrica Trust (DCA) v. ICANN matter granted DCA’s request for an emergency order (aka Temporary Restraining Order or TRO).

The order issued by a United States Federal District Court located in Los Angeles directed ICANN to not “issue” the .AFRICA top level domain until following a ruling on the hearing to be held on the matter on 4 April 2016.

DCA has asked the Court to order ICANN not to delegate .AFRICA until its lawsuit is resolved in its entirety. In doing so, DCA asked for an emergency order to stop ICANN for a short period of time until the Court could fully evaluate whether stopping the delegation of .AFRICA during the pendency of the lawsuit is appropriate.

DCA has already presented its facts in writing to the Court, and ICANN will do so on 14 March 2016. The parties will present oral arguments to the Court on 4 April 2016, after which the Court will make a decision about whether or not ICANN can proceed to delegation, even though the lawsuit is still proceeding.

In its temporary order, the Court did not make a ruling as to the “merits” of DCA’s claims but ruled specifically on the “irreparable harm” standard. In taking the step of temporarily preserving the status quo, the Court considered that there is only one .AFRICA, and if ICANN delegates it to some other entity, DCA would not be able to get use of the TLD if DCA won the lawsuit. ICANN has not had the chance to present facts to show why delegation at this point is appropriate. ICANN will have that chance in the next few weeks.

This ICANN announcement was sourced from:
https://www.icann.org/news/announcement-2-2016-03-05-en