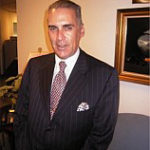 Last week we became aware of an ICANN staff document, âBriefing Paper on Defensive Registrations at the Second Levelâ, prepared just in advance of the Prague meeting (available at gnso.icann.org/en/correspondence/defensive-registrations-briefing-paper-04jun12-en.pdf). While not the intended purpose, this document reveals much about what is wrong with ICANNâs internal policymaking processes, as well as the substantial danger to registrant rights posed by any âSummitâ or other event convened for the purpose of âreconfigurationâ of the Uniform Rapid Suspension (URS) rights protection mechanism required for all new gTLDs.

A Process without End

To understand the flawed policy process that this memo reveals, one need only review this background information justifying the promulgation of the staff memo â

Given the effort and thoughtfulness of these comments, ICANN wanted to capture the concerns and issues raised by the community in relation to defensive registrations at the second level. On 12 April 2012, the ICANN Boardâs New gTLD Committee adopted a resolution directing the staff âto provide a briefing paper on the topic of defensive registrations at the second level.â1 This briefing paper is being submitted to the GNSO to facilitate a GNSO decision of whether further policy discussions are warranted to address this issue and/or the protections in second-level registrations. (Emphasis added)

Letâs put what happened into plain English: ICANN conducted a public comment process early this year on the subject of defensive registrations at the top level of new gTLDs, in part spurred by a letter from the Department of Commerce (DOC) expressing concerns that had been fed into DOC by parties who generally opposed the entire new gTLD program. Once that process was open, various trademark groups who had never accepted the final details for the Trademark Clearinghouse (TMC) and the URS as worked out through ICANNâs much-vaunted multi-stakeholder consensus process misappropriated the comment period to once again push for second level changes that had been previously rejected by the STI-RT, the GNSO, and ICANNâs Board (with the final Â Board rejection being to proposals from the Governmental Advisory Committee (GAC), itself under intense lobbying Â pressure from these TM interests).

ICA responded to that comment process hijacking attempt with its own letter (see internetcommerce.org/Defensive_Registrations_Second_Level) in which we urged ICANN to resist this transparent pressure:

Nonetheless, certain trademark interests abused the comment period to request substantive changes in and additions to new rights protection mechanisms (RPMs) at the second level, including alterations of Uniform Rapid Suspension (URS) that would render it a cut-rate alternative to the Uniform Dispute Resolution Policy (UDRP) at the expense of cheapening registrant rights. These commentators are seeking to have a fifth bite at the policy process apple in regard to second level protectionsâ¦There is an initial group of suggestions that we oppose both on substantive grounds and because their addition now, after the first application round has commenced, would make material changes in the program and are not mere technical implementation details. Any such changes of this nature should be made only on the basis of experience with the first round â and then only through ICANNâs multi-stakeholder process with the requirement of Board approval.

Rather than just rejecting these attempts to once again scuttle the URS consensus model, the Boardâs New gTLD Committee (consisting of non-conflicted Board members) inexplicably took them seriously and directed staff to prepare the briefing paper, which in turn was forwarded to the GNSO policymaking body for gTLDs so that it can discuss whether it should renew discussions on this thoroughly digested subject.

In May, when we learned of the Resolution requesting the staff paper, we made this comment (internetcommerce.org/URS_Redux%3F):

But weâve learned that we often perceive things differently than ICANNâs staff, which also declared in the past year that procedural UDRP reform was such a sensitive and highly charged topic that it would be too destabilizing to even discuss it for the next several years, when we thought we had detected a clear community consensus in favor of starting that process now and not in mid-2014.

Any reopening of the issue of defensive registrations at the second level of new gTLDs will likely focus on altering the URS, since the draft implementation model for the Trademark Clearinghouse (TMC) was completed and circulated on April 13th and will likely be finalized in Mayâ¦One of the highest priorities for some trademark interests has been to turn the URS into a bargain basement priced, rough justice substitute for the already flawed UDRPâ¦

Summing up, what has happened here is that, for no discernible reason, the New gTLD Program Committee has issued a staff directive and a GNSO request that could well lead to reopening one of the most divisive issues of the entire new gTLD programâ¦

We donât have any idea where this Resolution will lead â like so many ICANN processes it may go nowhere, slowly. But we are disturbed that trademark interests who abused the comment period on defensive registrations at the top level have now apparently been rewarded with the prospect of reopening the second level debate. (Emphasis added)

So there are three important lessons here:

A URS That Guts Registrant Rights

Letâs now turn to that section of the staff paper that lists TM interest suggestions for âimprovementsâ:

URS â 1) Establish a transfer remedy and a lower âpreponderance of the evidenceâ standard of proof; remove any requirement that a URS provider make any substantive determination about how a trademark owner is âusingâ its mark. 2) Implement a âloser paysâ model to all URS proceedings regardless of how many domain names one registers in bad faith. 3) Reduce the filing fee to make it a relatively inexpensive mechanism (e.g., $300-$500). As an alternative, if the URS cannot be offered at this price range, then ICANN should consider having its registrars implement a notice and takedown process.

Letâs look at each in turn:

Letâs be clear â any URS reconfiguration process premised on the notion that it must meet an unrealistic price target will consider all the terrible ideas listed above because eliminating registrant due process rights is the one sure way to get a cheap, and cheapened, URS. That strategy fits right in with WIPOâs suggestion, as a pre-condition for hosting any URS âsummitsâ, that ICANNâs Board commit in advance to a ârespondent-default basis without panel, subject to appropriate safeguardsâ â which means that any registrant failing to file a response within the truncated 14-day response time would automatically lose, without any examiner ever reviewing the initial complaint to see if the rights holder actually possessed rights and if the complaint presented a prima facie case of TM infringement by a preponderance of the evidence. References to âappropriate safeguardsâ in this context are just ludicrous â the only real registrant safeguard is to have each complaint reviewed by a neutral and competent IP attorney. (Note: The STI-RT URS model provided a 20-day time period for registrant response, but in September 2010 ICANNâs Board unilaterally reduced that to 14 days under TM interest pressure.)

Summing up, any URS Summit holds the real prospect, if artificially low pricing is the paramount objective, of producing a revised URS that is the functional equivalent of the UDRP â but at a fraction of the price, and with a much shorter registrant response period, a âloser paysâ requirement for even a single domain in dispute, and no examiner involvement in default cases where the registrant does not file a response within 14 days.

The TM communityâs agenda has been well documented by ICANN staff, and no one should be surprised to see them push hard for these goals if ICANN is reckless enough to reopen settled URS policy instead of implementing the consensus policy that now exists.

The staff paper concludes with a suggestion âthat the GNSO Council consider utilizing one of its available processes such as requesting an Issue Report or conducting a policy discussion to address the issue whether additional work on defensive registrations at the second level should be undertakenâ. In other words, the GNSO should reopen what should be a closed policy matter.

We believe that recommendation is deeply flawed and have an alternative suggestion â the GNSO Council should tell the Board New gTLD Committee and TM interests that the original URS model produced by the STI-RT has already been altered in many fundamental ways under relentless pressure from those TM interests who pay lip service to the multi-stakeholder process but do not respect its results, and that further changes will not be considered until new gTLDs are up and running and we can gather actual experience of the extent of TM abuse and the effectiveness of the current RPMs.

The priority now should be to implement the existing URS model. That implementation should be accomplished by an open and transparent Implementation Advisory Group (IAG) operating in much the same way as the IAG that has done so much effective work on the Trademark Clearinghouse (TMC).

In sum, itâs way past time to call a halt to the RPM policy tinkering process, as well as way past time for Â the initiation of URS implementation. A successful new gTLD program cannot be built upon an altar of eviscerated registrant rights.

This article by Philip Corwin of the Internet Commerce Association was sourced with permission from:
internetcommerce.org/ICANN_Staff_Paper_2nd_Level_Defenses