Four years ago on 7 May 2014 the .club gTLD launched its general availability. The launch happened with much fanfare, including a big party in New York City featuring international celebrity 50 Cent, who also launched a fan site at 50inda.club. Four years later there 1.237 million .club domain names registered, itâs the fourth largest of all the new gTLDs and there are hundreds of thousands of websites âin da clubâ using a .club domain.

There are more than 215,000 unique individuals and businesses who have collectively registered the 1.237 million .club domains. 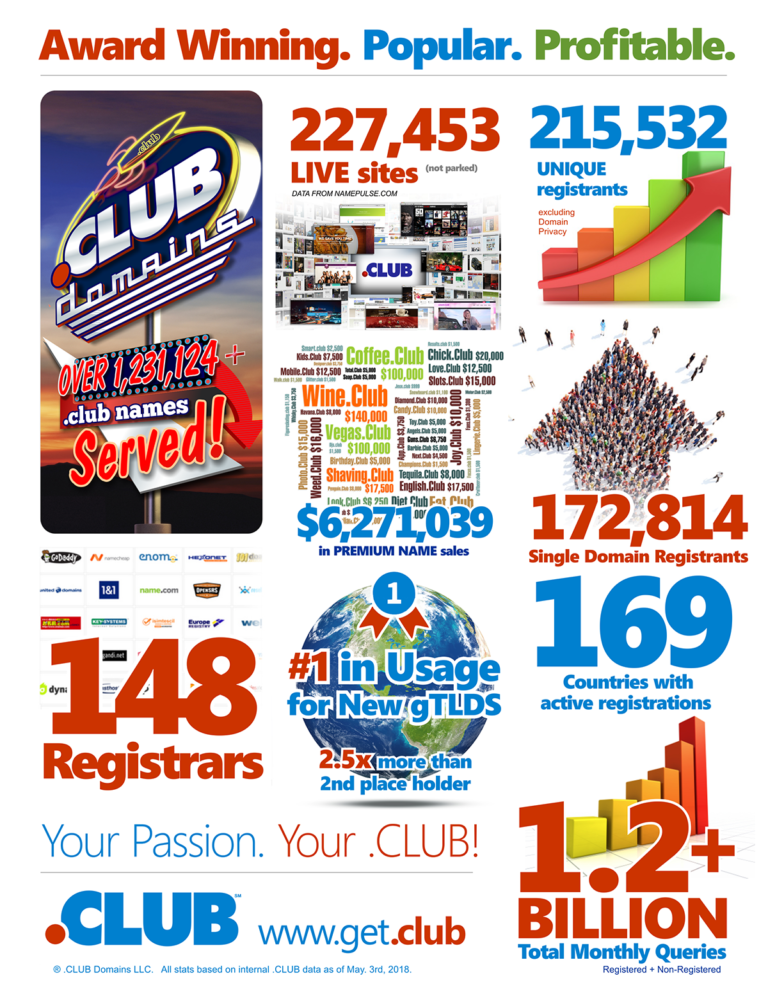