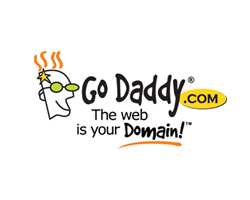 Greed is good. That is one way of looking at it. Or there is always supply and demand. And we can soon see how strong the demand is. GoDaddy is asking for a very pricey $12,569.99, the starting price for phase one of their Priority Pre-Registration for .ventures domains.

Prices then cascade down to phase five with prices starting at $219.99. Phase one closes on 30 January with each phase then starting a day later, except for phase five, where there is a three day break, ending on 5 February.

And then there are the prices for trademark owners, which start at $229.99 while pre-registration starts at $69.99 per year.

Applying for domains in phases one to five of the Priority Pre-Registration period includes a fully refundable Early Access Fee for unsuccessful applicants. When there are multiple applications for the one domain during any phase will see the domain go to auction.

But this is certainly not as greedy as the Vox Populi Registry, who is they are successful intends to âcharge trademark owners $25,000 to participate in its Sunrise period, should it win the TLD,â according to a Domain Incite report.

Vox Populi Registry is one of three applicants for .sucks, the others being Donuts and Top Level Spectrum.

Prices for .sucks domains for Trademark Holders who reserve now are $2,500. This fee will jump to the whopping $25,000 in Sunrise. And then when it comes to general availability, the âsuggested retailâ price will be $300.

The greed not only ends there. Domain Incite reports âitâs become the first new gTLD applicant that Iâm aware of to start taking pre-registration fees from trademark owners while itâs still in a contention set with other applicants.â

âBut after 45 minutes talking to Vox Pop CEO John Berard this evening, Iâm convinced that itâs worse than that.

âThe company is setting itself up as the IP lobbyâs poster child for everything that is wrong with the new gTLD program.â

Domain Incite also believes it has the highest âsunrise fee in any TLD ever to launch.â

Of course, Vox Populi doesnât view it as extortion or greed.

Their CEO believes Vox Popâs .sucks proposition is, if anything, âunder-pricedâ.

The quite lengthy Domain Incite report concludes:
âItâs a horrible reminder of a time when domain name companies were often little better than spammers, operating at the margins and beyond of acceptable conduct, and it makes me sad.

âThe new gTLD program is about increasing choice and competition in the TLD space, itâs not supposed to be about applicants bilking trademark owners for whatever they think they can get away with.â