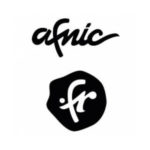 The figures come from this monthâs AFNIC Domain Name Industry Report that focuses on IPv6 deployment. The report also shows that web servers recorded the highest growth (+ 3 points), but with an overall deployment of 7.4 percent they are still behind mail servers, with 10.75 percent having deployed IPv6.

A study of the change in this percentage over time has shown that the increase occurs in steps. When the main hosts decide to configure their DNS servers with IPv6 (as was the case in October 2010, February 2011 and May 2012) there are significant increases. The relative stagnation of the phenomenon suggests that no major host integrated IPv6 in its services in 2012/2013, unlike some small- to medium-scale hosts (hence the increase in the number of IPv6 web servers).