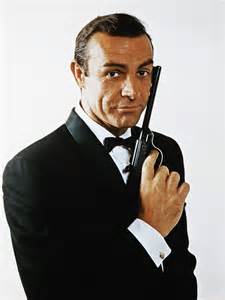 If high profile support counts in getting your new gTLD approved, you canât beat James Bondâs support of .scot.

Former James Bond Sir Sean Connery is one of a number of high profile Scots supporting the campaign to get .scot up and running, which also has the support of First Minister Alex Salmond and the Scottish government. Another high profile supporter is Scottish businessman Sir Tom Farmer.

And it may well be possible that general availability for .scot will come about this northern summer. Previously it had not expected until 2015.

On Sunday (26 January) the Dot Scot Registry (DSR) announced it and ICANN have formally agreed terms that allows DSR to operate the new dotSCOT domain. And just in time as the debate as to whether Scotland should become independent and secede from the United Kingdom.

2014 is an exciting year for Scotland, and I’m delighted that this distinct online identity for the nation, and all who take an interest in Scotland, will become available this summer,â said First Minister Alex Salmond.

“The .scot domain is long overdue in this digital age, and the worldwide family of Scots who have been waiting patiently since it was first proposed, will soon be able to have this marvellously expressive domain as their online identity of choice.”

The new TLD will be used to promote Scotland and its culture to the world.

“Scotland and Scottishness conveys a whole range of positive connotations, which could not really be portrayed on the web before, but with a .scot domain there will be a new option anyone involved in Scottish business, arts and culture and others to identify themselves more clearly as Scottish to the online world,â said Gavin McCutcheon, director of Dot Scot Registry.

“We aim to make .scot domains as affordable as possible and our not-for-profit structure means we will be able to do so.

“We hope that .scot will become the first choice for the worldwide family of Scots, allowing them to demonstrate for the first time their affinity to Scotland and for Scottish societies and organisations wherever they are in the world to make .scot their home on the internet.”

Another point made by Domain Incite is that if the Scots vote to become independent, they will then become entitled to a ccTLD, but this will not happen until at least a year after .scot is up and running.