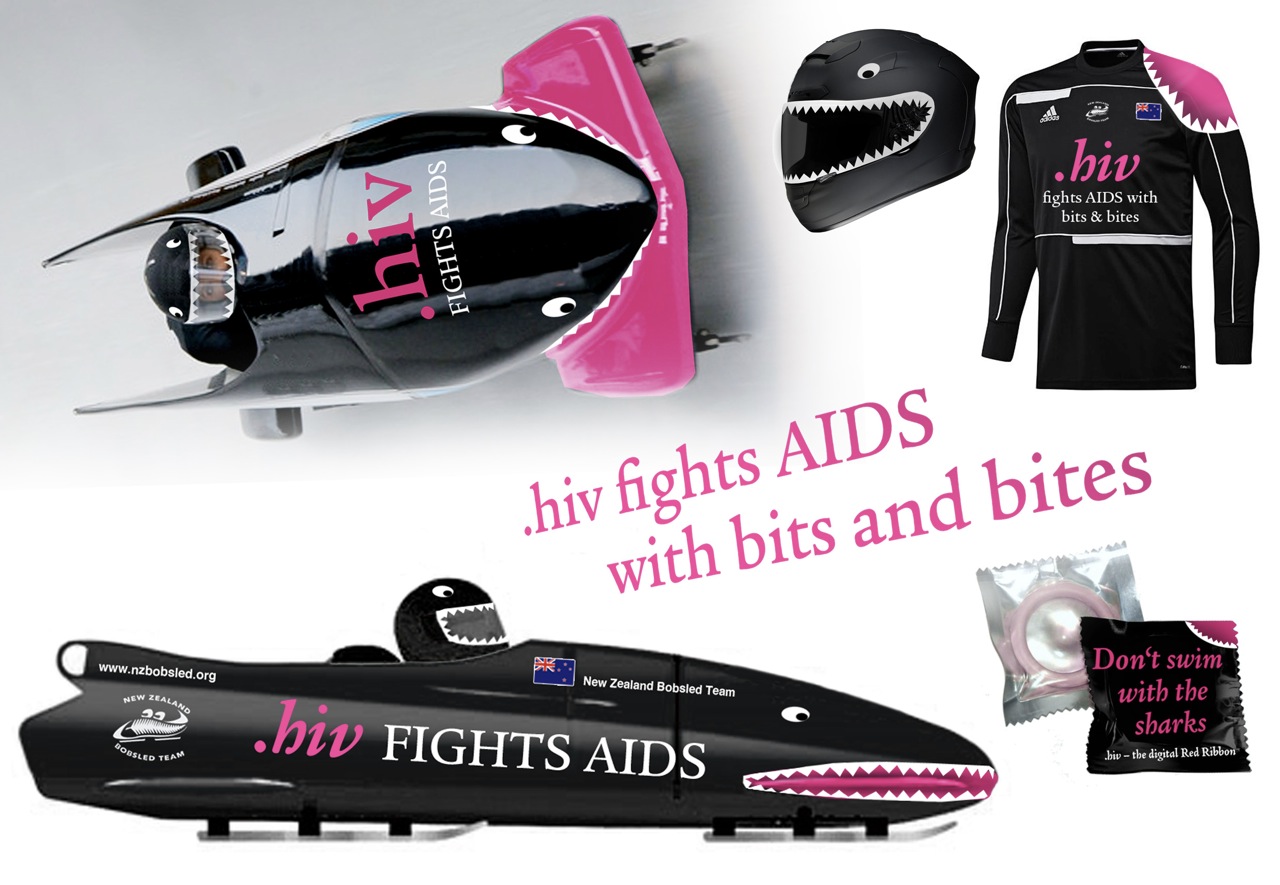 DotHIV is the exclusive charity-partner for New Zealand’s bobsled team in the lead up to the 2014 Winter Olympics, the gTLD Applicant announced on World AIDS Day, 1 December. The partnership aims to bring awareness to the fight against AIDS through the German-based initiative.Bobsledding and the fight against AIDS don’t really go together at first sight. But Tim Johnson, who manages the bobsled team also comes from the domain-business. And as the domain business and bobsledding are both high-speed, the NZ Bobsled Team and dotHIV decided that they should harness this energy for a shared social goal.”This cooperation is absolutely unique! Both projects are somewhat “exotic” in their field – and both pursue an ambitious goal,” said Carolin Silbernagl, founder of dotHIV. “Tim and his bobsled team want to make it to Russia in 2014 and we want to help to beat AIDS with the power of the Internet.”A new design was created especially for the sled, racing suits and helmets of the team: the whole sled will be black and pink so it looks like a shark hungry for success with the message: “.hiv fights AIDS with bits and bites.” The helmets of the team will also be covered with shark’s teeth along the ventail.”I have been a big fan of the dotHIV initiative right from the start and I am delighted that we can partner with them and use our sled to give some visibility to their work and their important mission,” said Tim Johnson, Campaign Manager for the NZ bobsled team. “Maybe they will bring us luck!”The new sled will be revealed after the World Cup on 3 December at the training camp of the team in Whistler, Canada – and just two days later it will zoom through the ice channel at the North Americas Cup in Calgary, Canada for the first time with the big goal of the Winter Olympics in 2014.”We’re really excited about this partnership, there is a real buzz amongst our team and we can’t wait to unveil the sled,” said Martin White, Team Captain of the NZ Bobsled team. “Our sled will certainly get noticed and might raise a few eyebrows, but that’s what this is all about -bringing awareness to the dotHIV initiative and the cause that it supports.”