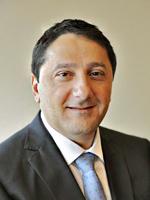 Akram Attallah, ICANNâs second in charge and President of the Global Domains Division has resigned, effectively immediately, and will be taking up a position as CEO of Donuts, where his former boss at ICANN, Fadi ChehadÃ©, is a partner. Attallah will be replacing Bruce Jaffe who is stepping down and taking on a role as a senior advisor to the company during the transition. Attallah commences with Donuts on 12 November.

âAkram made many, significant contributions to ICANN in a variety of roles, including as Chief Operating Officer, Interim President & CEO, and as the first President of the Global Domains Division,â said GÃ¶ran Marby, President & CEO of ICANN in a statement. âPersonally, I will miss his advice and his friendship, and I want to thank him for all he did in supporting me when I joined ICANN.â

ICANN will be recruiting a replacement for Attallah, whose last day was 9 October, but in the meantime Marby said he has âasked Cyrus Namazi, VP, DNS Industry Engagement, Global Domains Division, to serve as interim department head for the Global Domains Division, to help ensure a smooth transition. David Conrad, Chief Technology Officer, will provide executive support of the IANA team in the interim.â

âWe thank Bruce for his stewardship of Donuts, during which in his tenure as president and chief executive officer, the company raised over $100 million in debt financing to acquire Rightside, and successfully engaged in a process to sell Donuts to Abry Partners,â said Erik Brooks, managing partner at Abry Partners and Donuts board member in a statement. Abry Partners acquired Donuts in September this year and the move could be seen as one of the first major changes Abry is making since its takeover. Attallah and Abry partner Fadi ChehadÃ©, who was ICANN CEO & President prior to Marby, have a history working together, both prior to and at ICANN.

âWe are delighted to welcome Akram to Donuts,â Erik continued. âHis deep experience in managing global organisations and rapidly-growing technology companies will be essential to driving Donutsâ next phase of growth. We are confident that Akramâs proven track record in and outside the domain name industry will broaden Donutsâ reputation as the innovative industry platform for new top-level domains and will enable the company to pursue rapid growth along multiple pathways.â

âI am thrilled to join the Donuts team,â said Akram Atallah. âI relish the challenge of further expanding overall awareness of the companyâs incredible top-level domain (TLD) assets, discovering new ways to use and leverage TLDs, and through its growth and success making Donuts a recognised, global innovation platform for people and organisations to create and manage their digital identities.â

Akramâs diversified technology experience runs the gamut from engineering to operations to product development and marketing. Before ICANN, he was chief operation officer at CoreObjects Software, an engineering services start-up. Prior to CoreObjects, he was general manager of the Broadband Access business unit at Conexant, and before that was the general manager of its Universal Access business, where he grew it to more than $800 million in revenues. His accomplishments at Conexant also included improved profit margins, transforming the marketing and engineering functions, and restoring its global market leadership position.