What is effectively the worldâs largest ccTLD has announced a new management structure. Well, OK, .tk is the âlargestâ ccTLD, but they arenât ârealâ registrations. Given that newspapers given away at airports and fitness centres for example shouldnât be and often arenât counted in their circulation figures, registrations of most .tk domains are free and their domains under management (DUM) figure should take this into account. But as with newspapers given away, itâs a business model that works for them.

Anyway, DENIC, the operator of the .DE (Germany) registry that boasts a very nice 15.681 million DUM has announced a new management structure following Sabine Dolderer stepping down as CEO in February after 20 years with the organisation. Dolderer joined DENIC in 1994 when all administration and DNS services for .DE were provided by a university.

Under the new management structure, Dr. JÃ¶rg Schweiger, who has been Chief Technical Officer (CTO) of DENIC since 2007 will be the new Chief Executive Officer (CEO) with effect from 1 March 2014. The newly created position of Chief Operating Officer (COO) will be assumed by Andreas Musielak who will commence early in May 2014. 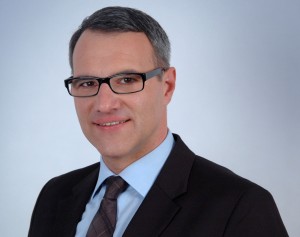 Dr. JÃ¶rg Schweiger will continue to be responsible for Information and Telecommunication Technology, Information Security, Research, Process and Product Management as well as HR. He will further be in charge of Public Relations and Government & Regulatory Affairs. Andreas Musielak will be responsible for Finance and Legal as well as for all Member and End Customer Services.

“With JÃ¶rg Schweiger, we will consistently maintain DENIC’s current course of sustainable business excellence, assuring prime resilience and security of DENICâs overall systems and services infrastructure at all times. Andreas Musielak will complement this pursuit by providing new impetus in the field of customer orientation,” says Thomas Keller, chairman of the Supervisory Board of DENIC eG.

The new member of the Executive Board, Andreas Musielak, has an extensive background in the fields of finance and commercial management. Prior to joining DENIC, he worked three years with WAN-IFRA, the World Association of Newspapers and News Publishers. In his role as Chief Financial Officer (CFO) he had global responsibility for Finance, HR, Legal and IT, at WAN-IFRA’s two head offices, in Germany and France, and all its international business sites. Up to 2013, he was also in charge of the Associationâs Membership division. Andreas Musielak has a degree in Business Administration from the University of Applied Sciences of Darmstadt, Germany, with a focus on finance and marketing.

Next to the CEO and COO positions, DENIC’s Executive Board will continue to include the two honorary members Helga KrÃ¼ger and Carsten Schiefner, who were re-elected at DENIC’s general assembly, in 2013.

For those interested, registration figures for the ten largest TLDs are: