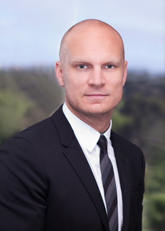 Adrian Kinderis, who co-founded AusRegistry and ARI Registry Services and now a Vice President at Neustar has called on the domain name industry to âgrow upâ according to a report on Domain Incite.

Speaking in front of an audience that included registries, registrars and investors at this weekâs NamesCon, Kinderis called for âthe industry to kick out the handful of bad actors that ruin its reputation, and to quit the âbullshit bickeringâ about which TLDs are best.â

âFor far too long this industry has turned a blind eye to the less than scrupulous activities,â he said, âand these activities have plagued this industry. Bad actors have tarnished the perception of this industry.â

âThis may have been acceptable when it was a few insiders first grasping at a fledgling product in the early nineties butâ¦ we are now front and center of the internet,â he said.

âThese practices of a few bad actors have led to the frustration of consumers. We have not served the best interests of our consumers at all times,â he said. âThis has to change.â

The IANA transition, from US government oversight to a multistakeholder oversight, is likely to take place on 30 September according to an AFP report.

ICANN CEO and President Fadi ChehadÃ© told AFP the transition plan being prepared since early 2014 will be delivered to the US government in February, and that it could take place on September 30 — a year later than originally planned.

If the US government approves the plan, “then the contract between ICANN and the US government which is set to naturally expire on September 30 will just expire,” Chehade said in an interview Wednesday in Washington.

Chehade said the private non-profit ICANN is effectively a “traffic cop” that ensures the Internet address system functions, and that the US government’s role has been merely to ensure that it follows correct procedures.

“In all the years we’ve done that (the US government) has never said we did not follow the process,” he said.

“People have aggrandized the role of the US government in what we do. But the change is actually minimal. It’s important symbolically because the US was really a steward for the Internet, but for day-to-day accountability, it is minimal.”