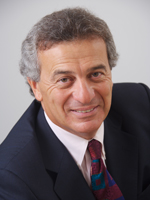 In a wrap of the recent workshop ICANN held in Montevideo, Uruguay, the current Chair Steve Crocker posted a blog with a few updates on what came out of the workshop. The most noteworthy was the announcement that there was unanimous support for the future election of Cherine Chalaby as the next Chair of the ICANN Board.

The formal election will take place at ICANNâs Annual Meeting at ICANN60 in Abu Dhabi, to be held from 28 October to 3 November. Crocker noted the Board has also indicated its support for the future election of Chris Disspain as the next Vice-Chair.

Chalaby has had an extensive international career encompasses leadership roles in banking and technology and was selected by the Nominating Committee (NomCom) to serve on the Board. Heâs a citizen of Egypt and also holds a British citizenship. He attended the French Jesuits School of Cairo, holds a BSc in Electrical Engineering from Cairo University and an MSc in Computing Sciences from the Imperial College of London. He is fluent in English, French and Arabic. As well as his extensive career, heâs also served on seven separate boards of directors.

In his post, Crocker wrote that a few things discussed were:

An update about the Root Zone Key Signing Key (KSK) roll, resulting in direction from the Board to the ICANN organization to roll the DNS root KSK as soon as is practical, so long as there are no significant observed effects on the security, stability, or resiliency of the DNS as a whole.

The full post by Steve Crocker is on the ICANN blog at:
https://www.icann.org/news/blog/chairman-s-blog-the-montevideo-workshop-wrap-up