EURid launched the .eu Web Awards in 2014 to acknowledge the best .eu websites around. Over the years, there have been nominations from over 1,000 beautiful, innovative, and impactful websites that represent the .eu identity in the best light. So now EURid have unveil their 2018 “fantastic finalists!”

The finalists received the most votes in their respective category, and are now invited to the .eu WA gala to be held in Brussels, Belgium on 21 November, where the winners will be announced! The winners, who will be chosen by the .eu Web Awards Jury, will receive a billboard campaign at Brussels airport, among other prizes.

In this 5th iteration of the .eu Web Awards, there were over 130 “incredible nominations”, with almost 10,000 votes! The 5th year is also special because under the House of .eu category, there are 4 finalists. This is because two of the candidates received the same amount of votes.

The finalists are listed in this EURid infographic: 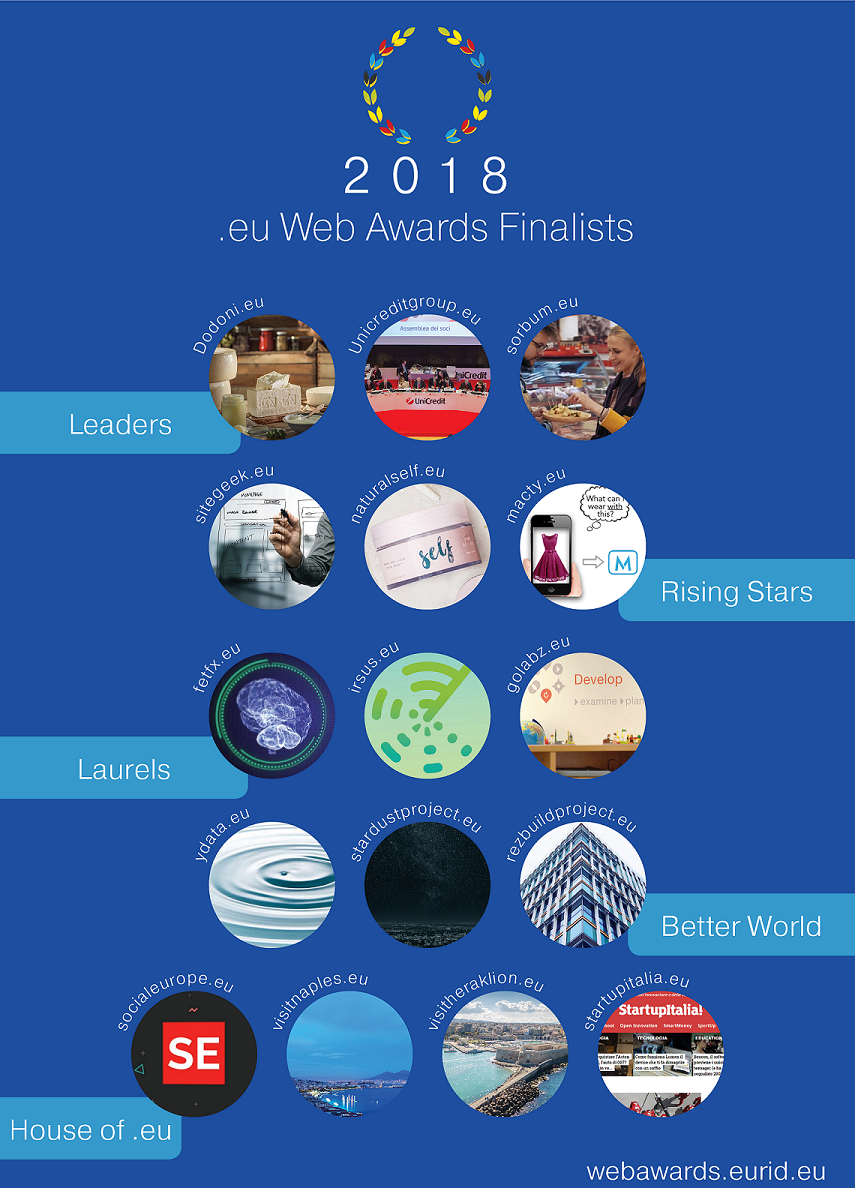